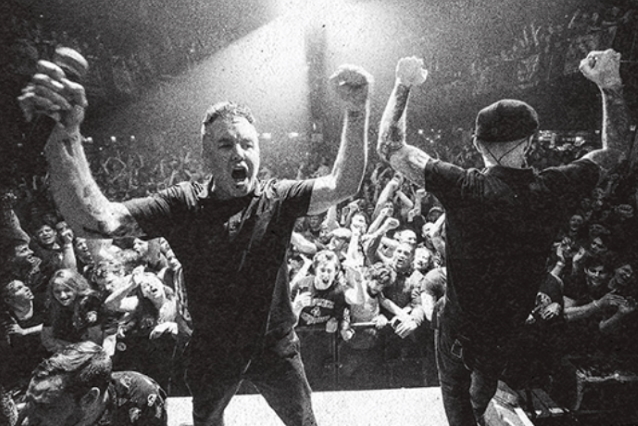 DROPKICK MURPHYS have released their new single and video, "Smash Sh*t Up". "Smash Sh*t Up" is available digitally and on limited-edition colored vinyl paired with B-side "The Bonny", a cover of Scottish singer-songwriter Gerry Cinnamon's 2019 song. Both songs are available on streaming platforms worldwide, with vinyl offered in the DROPKICK MURPHYS webstore, and at the band's upcoming tour dates, while supplies last.

Since forming in 1996, Boston's DROPKICK MURPHYS have sold a staggering seven million albums worldwide, with 2005's "The Warrior's Code" achieving an RIAA gold certification and its smash single "I'm Shipping Up To Boston" nearing double platinum and appearing during a key moment of Martin Scorsese's Academy Award-winning "The Departed". DROPKICK MURPHYS have become ambassadors for their Boston hometown and have built a legacy that does Beantown proud. In Boston, it seems like everybody knows someone connected to the band whether by blood, friendship, or the time they shared at a Bruins game. They've hosted sold out concerts at most of the city's landmarks, including Fenway Park, TD Garden, the Boston Pops, and even the last voyage of the USS Constitution. DROPKICK MURPHYS established their own charity, The Claddagh Fund, in 2009 to help support addiction recovery as well as children's and veterans' organizations. The band is hands-on in raising funds, mentoring, and lending a helping hand with veterans, youth sports, and drug and alcohol rehabilitation.