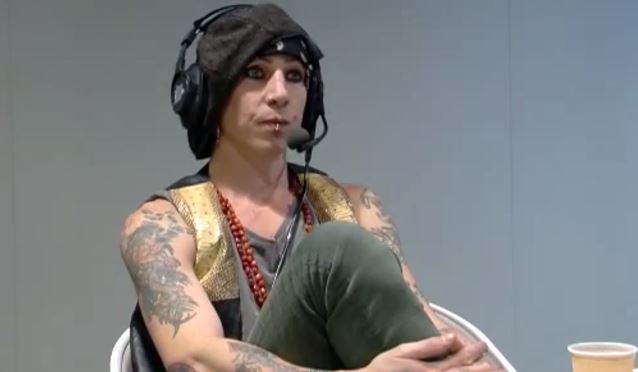 Dregen earlier in the year announced his departure from former HANOI ROCKS singer Michael Monroe's solo band to focus on a solo career.

Dregen released his self-titled debut solo album on September 25, 2013 via Universal Music in Sweden. The CD was issued via Spinefarm Records in the U.K. on September 30, 2013.

As well as being a key and original member of both BACKYARD BABIES and THE HELLACOPTERS, Dregen has also lent his skills to projects as diverse as INFINITE MASS ('70s-inspired, "Scarface"-lovin' sleaze-funk), SUPERSHIT666 (spontaneous rock'n'roll distortion with various WILDHEARTS and HELLACOPTERS members keepin' the needle maxed) and Michael Monroe's touring and recording band (the sleeve concept for MM's "Horns And Halos" album is his, too), so it's no great surprise that the aforementioned collection is both lovingly-compiled and built on punk as much as rock, jazz as much as blues…