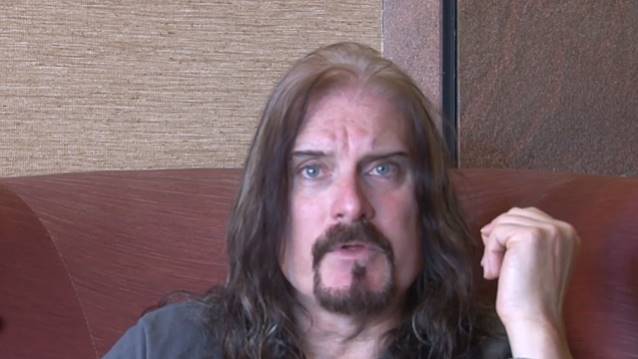 Following up on the success of his latest studio album, "Impermanent Resonance", singer James LaBrie of progressive metal giants DREAM THEATER released a new digital EP, "I Will Not Break", on January 6 in Europe and January 14 in North America via InsideOut Music.

"I Will Not Break" track listing:

A five-minute video report from Artisan News in which LaBrie talks about the "I Will Not Break" digital EP can be seen below.

While the opening title track is the album version taken from the "Impermanent Resonance" release, the songs 2 and 3 were previously only released physically as digipak bonus tracks. Song 4 is an alternate mix version and songs 5 as well as 6 are special demo versions, all previously only released physically as bonustracks on the digipak and the Japanese edition for the "Static Impulse" album in 2010. Songs 7, 8 and 9 are special dub step / electronica remixes of "Static Impulse" songs, previously unreleased (Song 7 was only available physically in Japan before). The remixes were done by U.S.-based DJs Jason Miller, Mutrix and NeonGenesis. The cover artwork for the EP was once again designed by Gustavo Sazes of Abstrata.net (ARCH ENEMY, KAMELOT).

Said LaBrie: "Matt, Marco, Peter, Ray and yours truly are very pleased to release this digital EP. It will show some of the songs with alternate mixes as well as letting you hear Matt's exceptional voice with some of the songs in their demo versions. We also had 3 of the songs mixed in dub step stylings to give them a somewhat interesting flavour and twist.

"Hope you all enjoy this release, I personally think it is very cool."

Most recently, the James LaBrie track "Lost In The Fire" was used by the Swedish sound library company Toontrack Music to promote the launch of one of their new products.

"Impermanent Resonance" sold around 2,200 copies in the United States in its first week of release to land at position No. 198 on The Billboard 200 chart. The CD also registered the following European first-week chart positions:

"Impermanent Resonance" was released on August 6, 2013 in North America and July 29, 2013 in Europe via InsideOut Music. In addition to the standard CD and the digital download format, the effort was made available in Europe as a limited-edition digipak featuring alternate artwork and two bonus tracks ("Unraveling" and "Why"), as well as on limited LP version (with the full album as bonus CD).

The previous LaBrie album, "Static Impulse" from 2010, was released for the first time as LP (with the full album as bonus CD) on the same street date as that of the new album. Both LPs are available on 180-gram black vinyl but also on strictly limited clear vinyl (limited to only 200 copies each).

The follow-up to 2010's "Static Impulse", "Impermanent Resonance" was once again conceived with LaBrie's songwriting partner for over a dozen years, Matt Guillory. Guillory not only took the leading role in composing the material, he also handled all of the keyboards and background vocals.

The album's lineup is intact from the previous recording, featuring Marco Sfogli from Italy on guitar, Ray Riendeau (HALFORD, MACHINES OF LOVING GRACE) on bass and Swedish drummer Peter Wildoer (DARKANE, MAJESTIC), who was a finalist in the DREAM THEATER drum auditions. Additionally, former SOILWORK guitarist Peter Wichers came into the fold to contribute songwriting and studio guitars.

"To me, this album incorporates and continues with the styles and musical direction that we have created with the previous releases," said James LaBrie. "The difference being that the music on this disc is to me a true telling of the songs evolving and taking on a sense of identity that is every band's ultimate goal. It is powerful, memorable, hook-driven and above all extremely musical. It shows how the writing and the band itself have matured. I truly feel that this is our quintessential album."

"I Will Not Break" title track (audio stream): 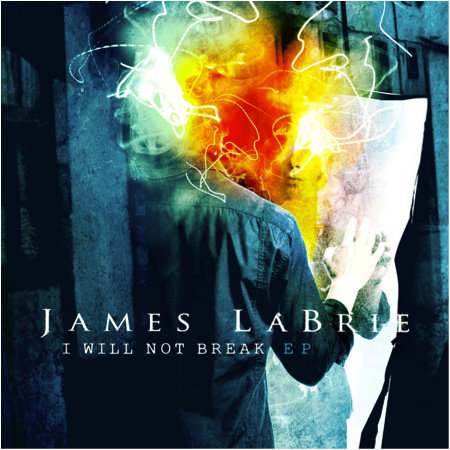