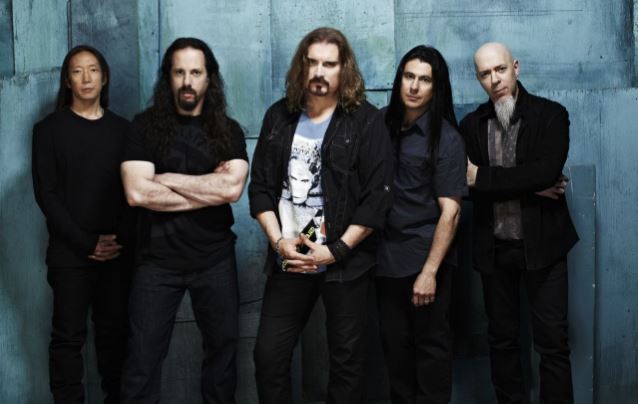 DREAM THEATER has announced their first North American tour of 2016, which will see the pioneering group performing a historic set in immersive and interactive settings for a unique and unparalleled live experience.

Set to kick off April 14 at Quebec City’s Theatre Du Capitole, the spring trek will see the prog virtuosos delivering a one-of-a-kind show in which they will perform their forthcoming double concept album, "The Astonishing", live in its entirety. The momentous tour will continue through May with the band making stops at prestigious theaters throughout North America including New York's Radio City Music Hall, Los Angeles's The Wiltern, and Boston's Orpheum Theatre, with additional dates to be announced.

Pre-sale for the North American dates is set to begin on Friday, December 18 with general on sale starting Tuesday, December 22.

"The Astonishing" will be released on January 29, 2016 via Roadrunner. The band has launched a mini-site for the CD, a full-blown rock-opera concept album focusing on various "characters" and spread over two "acts."

Asked what prompted the idea to make "The Astonishing" a rock-opera concept album so elaborate, with a full, detailed storyline, DREAM THEATER guitarist John Petrucci told RollingStone.com: "The idea to do a concept album as a band felt right. The last one we did [1999's 'Metropolis Pt. 2: Scenes From A Memory'] was about 15 years ago, and it really felt like we were in a good place to do this. I knew that what needed to happen, first and foremost, is that we had to have a story to base this on, because the idea of basing an album off of a loose concept or something that was sort of arbitrary, that didn't interest me at all. I wanted this not only to be a concept album, but really to write a full show. And to have all the elements in place, the story needs to drive that. We needed to have the storyline, a plot, places, characters, maps — you name it. So that started about two and a half years ago; it took about a year for me to get that story done and ready to present to the guys. And I wanted to write from a place that was familiar to me, so I knew that music had to play a role in the story somehow. I'm a huge fan of the sci-fi and fantasy genres, so I had a pretty good idea of where I wanted to go. But it was a matter of really diving into it and working on it, revising and revising again, and working on it every day until I had something solid."

Petrucci also talked in more detail about the songwriting process for "The Atonishing". He said: "Because of the sheer volume of music — you're talking, when all's said and done, probably two hours, 10 minutes' worth of music — every step of this has been a huge process. I don't think I've had time to do anything else over the last year or so [laughs]! In order to do this right, I had to be really, really organized about it. Jordan [Rudess, keyboards] and I wrote the music as really a prog-metal score to the story. We didn't sit down and say, 'Let's write a song, here's the first chorus, whatever.' We would go through the story and say, "What's happening here, where is it taking place?" We had to make sure the mythology was right, the timeline was right. And that carried through on every level. When it came to presenting the orchestration to [veteran conductor and orchestrator] David Campbell and getting him involved; when it came to writing the lyrics, and then me having to go through it song by song, character by character; even things like the artwork, creating the map and all those different towns and cities and roads — every sort of level and layer took a lot of organization and focus."

DREAM THEATER has been working on the follow-up to 2013's self-titled album since January at Cove City Sound Studios in Glen Cove, New York.