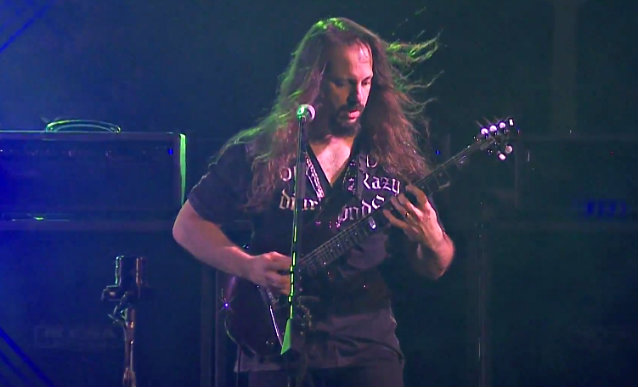 A performance clip of the song "Metropolis Pt. 1", taken from "Dream Theater: Live At Luna Park", the new concert film from progressive metal giants DREAM THEATER, can be seen below.

"Dream Theater: Live At Luna Park" sold around 6,600 copies in the United States in its first week of release to debut at position No. 1 on the Top Music Videos chart.

"Dream Theater: Live At Luna Park" came out on November 5 via Eagle Rock Entertainment on 2DVD, Blu-ray, visual digital formats and a deluxe edition. The deluxe edition is an 11.5-inch square 60-page hardback photobook containing the Blu-ray, 2 DVDs and 3 CDs presenting all the key physical formats in one release; the CDs are only available in this deluxe edition.