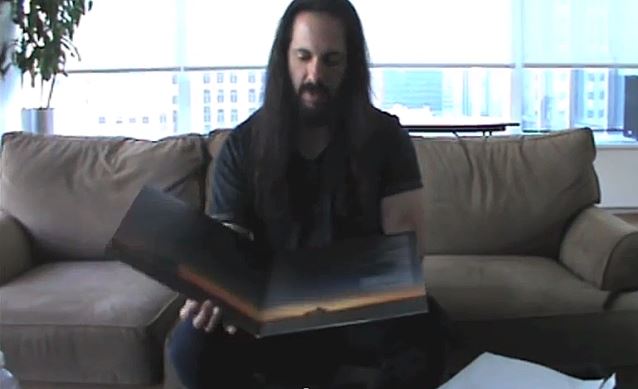 "Dream Theater" is likely to sell between 30,000 and 35,000 copies in the United States in its first week of release, according to industry web site Hits Daily Double. The estimate was based on one-day sales reports compiled after the record arrived in stores on September 24 via Roadrunner The nine-track disc was recorded at Cove City Studio in Glen Cove, Long Island, with Petrucci producing and Richard Chycki engineering and mixing. It's the band's second album with drummer Mike Mangini, and the first one on which he was a part of the writing process from Day One.

"Dream Theater" was made available in a wide range of distinctive versions, including standard and special edition CDs, 180-gram double LP, and a limited-edition box set.

The video for the song "The Enemy Inside" was directed by Bill Fishman (RAMONES, STEVE RAY VAUGHAN). The strictly conceptual clip deals with the torment of a soldier who's struggling with reintegrating into his life back home due to post-traumatic stress disorder (PTSD).