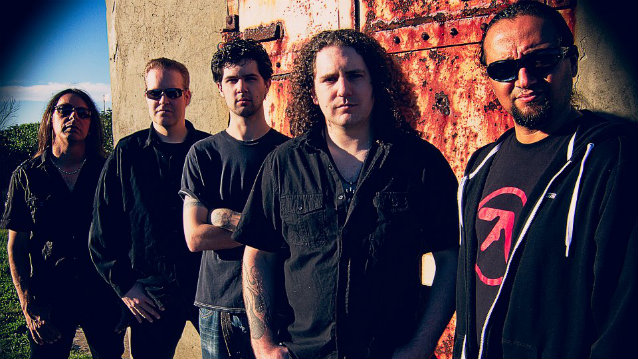 "Watching My Every Move", the new video from the Australian traditional metal act DRAGONSCLAW, can be seen below. The song features a guest appearance by former ACCEPT singer David Reece.

"Watching My Every Move" comes off DRAGONSCLAW's sophomore album, "Judgement Day", which was released this past summer via Killer Metal Records.

Comented DRAGONSCLAW vocalist Giles Lavery: "We are extremely happy with how 'Judgement Day' has turned out. I feel we have our strongest batch of songs yet. There is more diversity musically than heard on the first album and we are ready to take no prisoners. There have been some killer metal albums released this past 18 months and we knew we had to rise to the challenge."

Lavery was recently named the vocalist for WARLORD on the band's European shows.

The band's lineup is as follows: