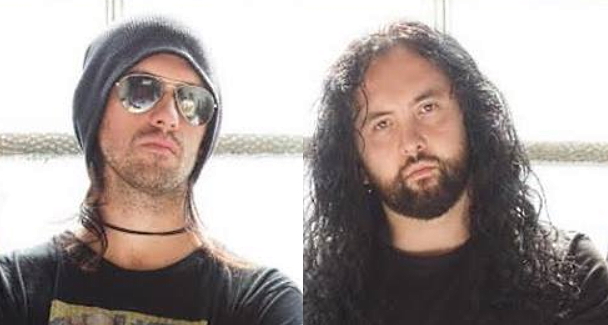 DRAGONFORCE guitarist Sam Totman spoke to the "Scars And Guitars" podcast about the band's latest addition, bassist/vocalist Alicia Vigil (VIGIL OF WAR). Asked if she is a permanent replacement for DRAGONFORCE's longtime bassist Frédéric Leclercq, who left the band last August, Totman said: "Well, we're gonna try it out. You don't really wanna get someone in the band [permanently] before you [get] to know them. So we're gonna try her out for a couple of tours and see if we get on, see if the fans like her… So far, everyone's been positive. We're kind of getting her in to see how it goes, basically, and then decide after that. We had our producer [Damien Rainaud] filling in on bass for a couple of tours already, and he was really cool; that went well. So we'll just try it out with her and take it from there. But, yeah, we don't really know yet."

Totman also addressed Leclercq's decision to leave DRAGONFORCE after a 14-year stint with the group. Sam said: "I think he just wasn't feeling it anymore. He was never the biggest fan of this style of music in the first place, which is kind of funny, 'cause he was in [the French power metal band] HEAVENLY as well [before he joined DRAGONFORCE]. So he spent most of his life in power metal bands, but he's not even into power metal that much. I think he just kind of had enough. He didn't really like our new artwork and the whole new theme of the cartoons and that whole thing. We didn't really talk about it, but you could just tell he wasn't that into it anymore. And then I think the KREATOR thing kind of came up just by chance at the same time. I think they asked him to fill in for some gigs and then [they told him], 'If you wanna be a permanent [member], you can.' It kind of all fell into place. If he hadn't had the KREATOR thing, he probably would have stayed, but it just kind of worked out fine. But it's all good anyway. You don't want someone there that's not totally into it. So it kind of worked out fine. We're still mates and all that."

DRAGONFORCE will be streaming its world tour live on twitch.tv/hermanli. Livestreams will include performances, backstage and special guest appearances.