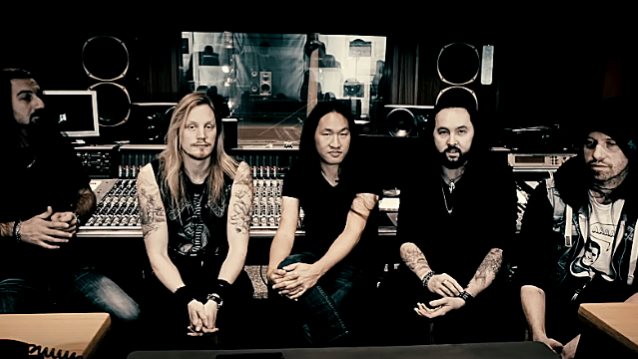 Part two of a three-part interview with the members of DRAGONFORCE about their new album, "Reaching Into Infinity", can be seen below. In this clip, the musicians talk about the songwriting, recording with drummer Gee Anzalone for the first time and funny moments on stage.

"Reaching Into Infinity" will be released on May 19 via earMUSIC on CD, LP and a special-edition CD and DVD. The follow-up to 2014's "Maximum Overload" marks the band's third full-length studio release with singer Marc Hudson, who joined the group in 2011 following the departure of original frontman ZP Theart (now in SKID ROW).