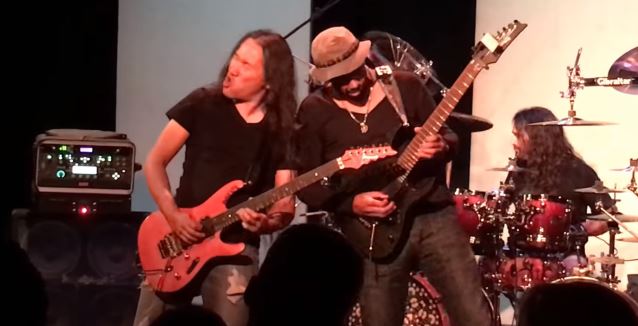 MacAlpine is widely known as a guitar virtuoso who is just as skilled on the keys. "Edge Of Insanity", one of his fourteen solo albums, is still considered as one of the top ten shred guitar albums of all time. Aside from his solo work, Tony has also been part of several rock supergroups, including PLANET X with Derek Sherinian and Virgil Donati, PSMS (Portnoy / Sheehan / MacAlpine / Sherinian), as well as the Grammy-nominated CAB with bassist Bunny Brunel and drummer Dennis Chambers. MacAlpine also spent seven years playing guitar and keys in Steve Vai's touring band.

DRAGONFORCE released a comprehensive career-spanning "best-of", "Killer Elite - The Hits, The Highs, The Vids", in July through Spinefarm. The 22-track set contains two hours and 30 minutes of music, featuring both studio and live material, with promo clips added to the deluxe set.