Ex-MISFITS horror-punk legend Doyle Wolfgang Von Frankenstein will star in a special Halloween edition of "Killogy", a comic book created, written and illustrated by LIFE OF AGONY's Alan Robert and published by IDW Publishing ("Godzilla", "Transformers", "Teenage Mutant Ninja Turtles"). The critically acclaimed "Killogy" graphic novel was originally released in 2013 with characters based on celebrities Frank Vincent ("Goodfellas", "Casino", "The Sopranos"), Marky Ramone (Rock And Roll Hall Of Fame inductee, RAMONES) and Brea Grant ("Heroes", "Dexter"). The Halloween one-shot comic continues where the "Killogy" story left off and introduces new character, Doyle, as humanity's last hope in a post-apocalyptic world flooded by an ocean of blood. The book will also feature a 10-page exclusive first-look at Robert's forthcoming IDW series "The Shunned One".

Additionally, award-winning executive producer/writer Rodney Barnes ("The Boondocks, Everybody Hates Chris") has joined forces with Robert to develop an animated television series based on "Killogy". Barnes and Robert will serve as executive producers on the series, with Barnes penning the screenplay for the pilot episode. Celebrities Frank Vincent, Marky Ramone and Brea Grant, who all appeared in the "Killogy" graphic novel, will now lend their voices to the show. Producers Chris White ("My Super Psycho Sweet 16" franchise) and Jeff Mazzola ("Descent") are also on board.

"Killogy" leverages a unique mix of humor, horror and pop culture to tell the unique tale of a group of murderers who inadvertently unleash an ancient voodoo curse upon New York. "For me, it's all a bit surreal," says Robert. "I basically get to mash-up some of my favorite childhood heroes, throw them into these outrageous situations, and sit back and imagine what happens next. The series practically writes itself!"

"I'm happy to see the worlds Alan has created extend into new areas beyond comics," said Chris Ryall, IDW's chief creative office/editor in chief. "His comic books are so visually intriguing and the characters he's created so fully formed that they'll translate really well into animation and other areas. But I'm also glad that he's still doing more comics, and the 'Killogy' one-shot sounds like a perfectly dark treat for Halloween, too."

"Killogy" was nominated for Best Mini-Series at the 2013 Ghastly Awards and picked up a Horror Comic Award for Best Scene from ComicMonsters.com. Bloody Disgusting listed "Killogy" at #4 on their Top 10 Best Mini-Series of 2013. The "Killogy" graphic novel was recently licensed out to territories outside of the U.S. and will see a Brazilian release this summer from publisher NFL Zine. The book will be translated in Portuguese. 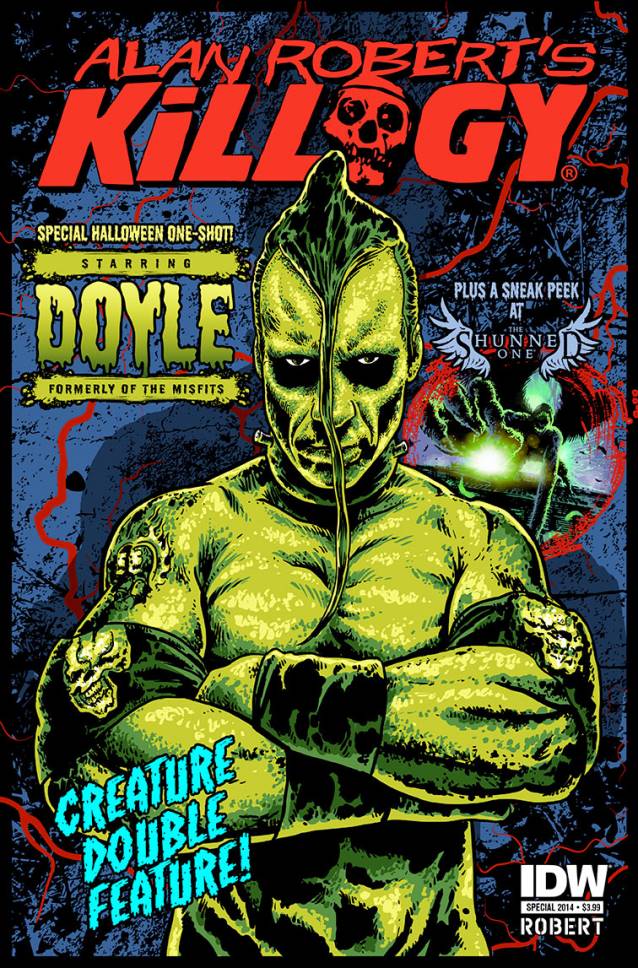 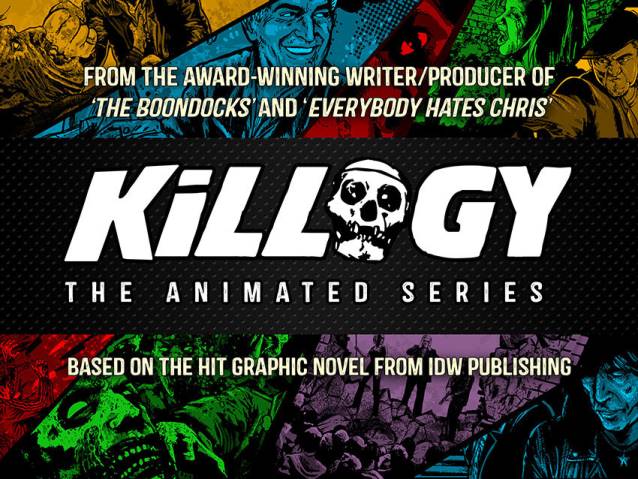