German metal queen Doro Pesch will play her first shows ever in China during November. The dates are as follows:

The concerts will be held in conjunction with a three-year exhibition/festival/culture exchange project initiated by the Chinese and German governments.

A new song from Doro Pesch entitled "Celebrate" is available for streaming on her MySpace page. The track comes off Doro's new single, "Celebrate (The Night Of The Warlock)", which is being released in Germany today (October 31) and most of the rest of Europe on November 3 via AFM Records. The EP will contain three versions of the single's title cut "Celebrate" — including one that features guest appearances by Liv Kristine (LEAVES' EYES), Veronica Freeman (BENEDICTUM), GIRLSCHOOL, Floor Jansen (AFTER FOREVER) and Angela Gossow (ARCH ENEMY), and another that was recorded with the help of Biff Byford (SAXON).

"Celebrate (The Night Of The Warlock)" track listing:

Pesch will celebrate her 25th anniversary as a performer with a special concert in her hometown of Düsseldorf, Germany on December 13 at the ISS Dome. Also scheduled to appear are ARCH ENEMY and LEAVES' EYES, among other acts. 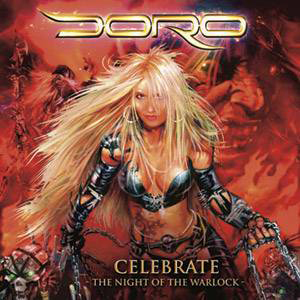