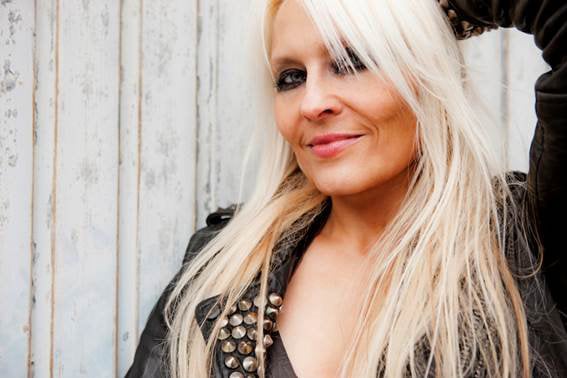 German metal queen Doro Pesch will perform her song "Raise Your Fist In The Air" as the ring entrance music for WBO title holder Marco Huck during his boxing rematch against challenger Firat Arslan on January 25 at the Hans-Martin-Schleyer Halle in Stuttgart, Germany. The event will be broadcast on the German national TV channel ARD. Doro will perform live at approximately 23.00 CET.

Doro is a huge boxing fan and her best friend is the female boxing legend Regina Halmich. She even once got in the ring herself, in 2002, as part of a celebrity-boxing match.

"I am so much looking forward to perform my hit single 'Raise Your Fist In The Air' as a march-in hymn for world champion Marco Huck, as I am huge fan of boxing since my childhood," Doro says. "I saw many fights live, mostly of my good friend Regina Halmich, for who I was playing few times in the ring.

"'Raise Your Fist In The Air' is the perfect song for a boxing fight, as it is about the fighting spirit, power and fists."

Pesch will celebrate her 30th anniversary as a recording and touring artist by performing two special shows on May 2 and May 3 at CCD-Stadthalle in Düsseldorf, Germany. Several guests will join her on stage during the concerts, including Hansi Kürsch of BLIND GUARDIAN, Miland "Mille" Petrozza of KREATOR, and former ACCEPT singer Udo Dirkschneider.

Pesch's latest CD, "Raise Your Fist", landed at position No. 65 on the Top New Artist Albums (Heatseekers) chart, which lists the best-selling albums by new and developing artists, defined as those who have never appeared in the Top 100 of The Billboard 200.