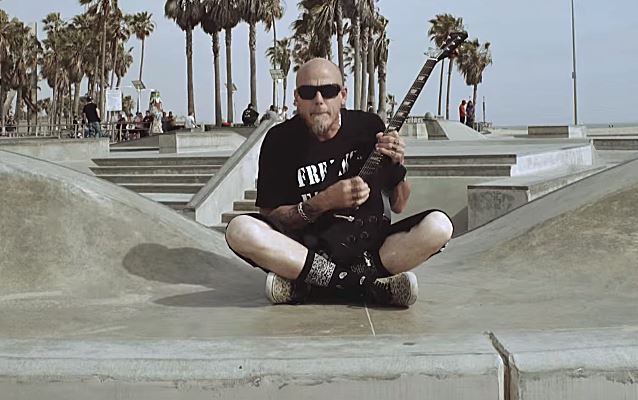 Oakland, California punk/hard rock outfit DOPESICK is a fresh name for many, but the band's members charge forward with quite the resume behind them. DOPESICK frontman/guitarist Adam Albright originally formed the band nearly two decades ago with the intention of touring while still performing with Bay Area post-thrash band SKINLAB, but this dream was abruptly cut short by a prison sentence.

After being released from prison and joining a brief SKINLAB reunion, Albright decided to launch the first incarnation of DOPESICK (a term he learned from a cellmate in prison). The band cut their teeth for several years by gigging relentlessly in the Bay Area and releasing an EP in 2002, "Vendetta", produced by SKINLAB's Scott Sargeant. After some personal conflicts with other members and more time off for Albright while touring with Sebastian Bach's solo project (and penning the title track for Bach's 2007 album, "Angel Down"), DOPESICK seemed to be on hold indefinitely. Fast forward to 2016: Albright recently enlisted drummer Aaron Rossi (MINISTRY, PRONG) and bassist Mandi Martyr (MINISTRY) to play on the upcoming DOPESICK release — and this time it's sticking.

To give listeners a taste of what to expect from DOPESICK, the band has revealed the brand new music video for "Ride The Night", the first single from their upcoming album, "The Love And Terror Cult", set for release this winter. Featuring Jahred Gomez of (HED) P.E., the track is a cool summer party banger — mixing reggae vibes and metal hooks.

"I had this song in mind for a minute... the whole time I was thinking Jarhed would klll it," states Albright on working with Gomez. "I sent him the basic stuff, he sliced n' diced and it, and it came back sick! The video was easy — Jahred flew into L.A. very early. We started smoking and shooting in Venice Beach and wound up at the Rainbow in Hollywood! The filming was super cool, a lot of fun... and I did NOT go to jail!"