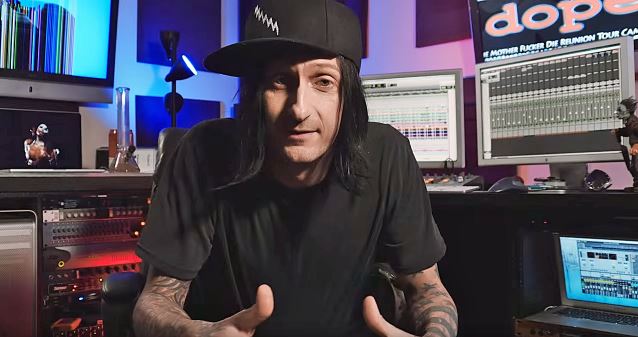 DOPE has announced the dates for its "Die Mother Fucker Die" U.S. reunion tour which will feature the band's classic lineup of Edsel Dope, Acey Slade, Virus and Racci Shay. This U.S. leg of the tour was successfully crowdfunded by the pre-order of the band's first-ever live album on DopeReunion.com.

DOPE's ultimate goal through their ongoing crowdfunding campaign is to take the reunion tour around the entire globe in 2016.

"The United Kingdom, Europe, Asia, and Australia are all part of the plan" says Edsel Dope. "We are all stoked with the insane amount of enthusiasm from fans asking us to bring this lineup around the world"…

DOPE has put together some awesome, exclusive merch packages for the campaign, and everyone who participates will be recognized by having their name featured in the liner notes.

"We are all really excited about this tour!" adds Edsel."It's been a long time since DOPE has done a full USA tour….The fact that we are able to do this with the 'Die Mother Fucker Die' reunion lineup makes it that much sweeter and more fun for all involved. We are gonna play the longest sets of the band's career… 20-plus-song sets every night. Several songs from each of our six albums, including brand new tracks from the upcoming studio album 'Blood Money'. Which is due out later this year via Eone Entertainment."

In addition to the live album, the band plans to film the entire tour, with the intention of creating DOPE's first-ever live DVD. The DVD will also include tons of classic backstage footage, unreleased music videos, as well as various, never-before-seen clips spanning the bands entire career.

"If you are a fan of the band DOPE, this is one that you don't way to miss," says Edsel. "Who knows when the four of us will all be able to do this together again?"

Due to contractional reasons, support for the "Die Mother Fucker Die" reunion tour will be announced at a later date. Edsel Dope assures fans that they will be very happy with the tour package; it's a pairing that Edsel says is "long overdue." 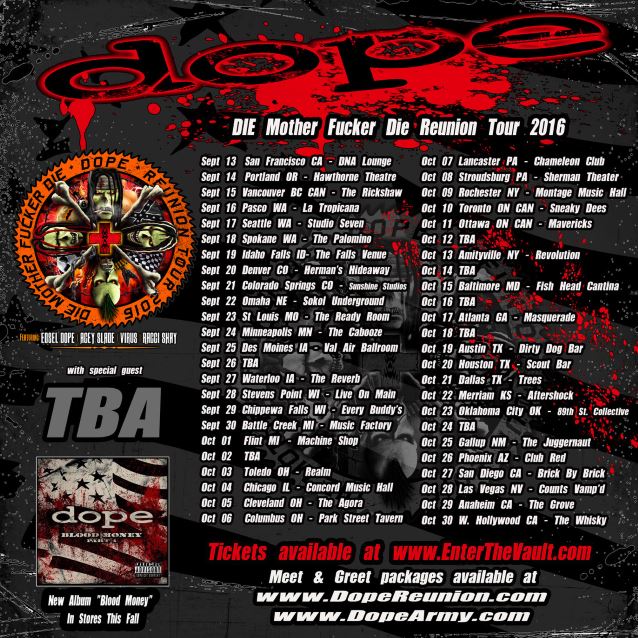