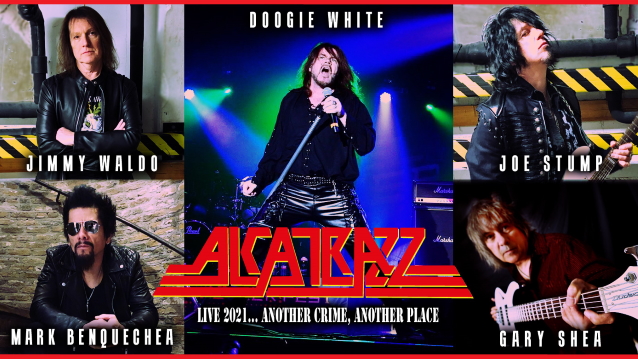 White said: "'Sword Of Deliverance' is a mighty metal monument! A call to arms for the ALCATRAZZ collective. Loud, proud and ready!"

Both vintage and timeless, "V" treads the ALCATRAZZ textured territories of old but with renewed vigor and verve. Whether it be the choral echoes sitting inside the storming tempest which is "Nightwatch", the staunch, speedy melodic metal of "Turn Of The Wheel" or the thick, bluesy chug of "House Of Lies", there is little doubt that this ALCATRAZZ is going full-tilt with not one ounce of a shackle holding them back. In that regard, White’s supreme vocal work on all 12 tracks serves as the catalyst for their creative synergy, and not only that, his supremely positive energy brings the band closer than it has been since, well, 1986.

And just in case you’re wondering what "V" stands for? ALCATRAZZ's fifth studio album, of course… but it also stands just as resolutely for victory; the victory that sees ALCATRAZZ 2021 stronger than ever despite all the odds.

Last month, ALCATRAZZ released "Turn Of The Wheel", which arrived six months after Waldo, Stump, Shea and Benquechea issued a statement saying that would be joined by White for all their 2021 touring. Just a month earlier, original ALCATRAZZ singer Graham Bonnet said that he was "no longer affiliated" with ALCATRAZZ's manager Giles Lavery." At the time, the other ALCATRAZZ members shot back, saying that they were "still represented" by Lavery and blasting Bonnet for "dictat[ing] to us who our collective or individual manager may or may not be."

Not long after, Bonnet released a statement via his social media in which he said that he "will still be recording and performing with ALCATRAZZ. I am the founder and main songwriter and have been since the band's inception in '83." He added that he will "be announcing the incredible new ALCATRAZZ lineup in the spring" and promised to take the new band on the road.

Bonnet's comments naturally created confusion within ALCATRAZZ's fan base, prompting him to issue a follow-up statement explaining his position.

Graham wrote: "When my manager resigned in June, I asked the band collectively if they would be interested in touring to support the new album. They informed me that they were only interested in touring if my former manager was included. No one was 'fired,' we just parted ways. As that signaled the end of this version of ALCATRAZZ, I immediately began to seek new players for yet another new ALCATRAZZ line-up.

"I have performed with other versions of ALCATRAZZ since the demise of the original band, this was just the first time I played with any original members and the first time I recorded using the name ALCATRAZZ. The day my manager resigned, he also removed me as admin of the 'Graham Bonnet and ALCATRAZZ' band FB page so I was unable to let fans know what was happening until recently when FB returned my page.

"The first misunderstanding happened when I posted on the band page that 'Graham Bonnet and ALCATRAZZ' were no longer associated with Giles Lavery management. When I said that, I wasn't referring to the recent line-up. They had already informed me months earlier that they would only tour with my former manager and to me, that meant that they had quit. My reference was to my new version of ALCATRAZZ. I have no plans to relinquish the name ALCATRAZZ and I expect that they don't either. This is an old story, bands break up and there becomes two versions. I'm not bothered by it. I've toured with Doogie the past few years with [MICHAEL] SCHENKER FEST and he is a good friend and a damn fine performer. In my opinion, there is no such thing as too much music. People can listen to one or the other or both versions and choose whatever they like. I'm not interested in squabbling over a name, I'd rather just make music."

When Waldo, Stump, Shea and Benquechea announced that they were working with White, they vowed to put on "an explosive live show featuring all of the ALCATRAZZ classics that you know, plus added selections from Doogie's work with RAINBOW and MICHAEL SCHENKER FEST/TEMPLE OF ROCK."

Waldo, Stump, Shea and Benquechea's version of ALCATRAZZ has launched a Facebook page where they will be posting all their news going forward. 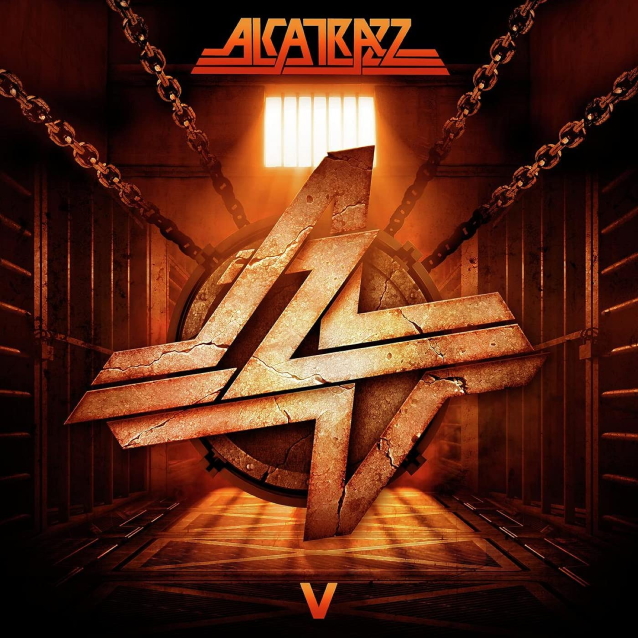