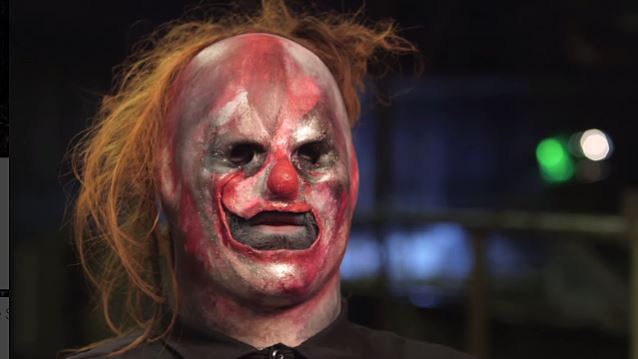 The documentary was broadcast by BBC Radio 1 on Tuesday, March 17 and can now be streamed at BBC.co.uk.

Speaking about SLIPKNOT's future, the band's mastermind/percussionist, Shawn "Clown" Crahan, said: "I'm always trying to figure out how to let it be forever, kind of like a Van Gogh painting. They're not just gonna take one of my album covers and stick it in the Louvre [museum in Paris]. But if we can keep it going, if we can keep the philosophy and the culture going, there's no reason why kings and queens can't take it over."

He continued: "Don't be surprised one day, you know, nobody in the band will be in the band. It'll all just be new people. I'll be eighty and there'll be a whole SLIPKNOT thing moving. I mean, we've got two new guys now, man. You never know — my son might take over. You never know."

As previously reported, SLIPKNOT guitarist Mick Thomson was reportedly stabbed in the head during a knife fight with his brother on March 11 at Thomson's Clive, Iowa home.

SLIPKNOT just got back from a stint on Australia's Soundwave festival tour and will launch a spring U.S. trek on April 25 in Fort Myers, Florida, ending on May 16 in Grand Rapids, Michigan.

SLIPKNOT is touring behind its new album, ".5: The Gray Chapter", which came out in October 2014 and topped the Billboard album chart six years after the release of its predecessor, "All Hope Is Gone".