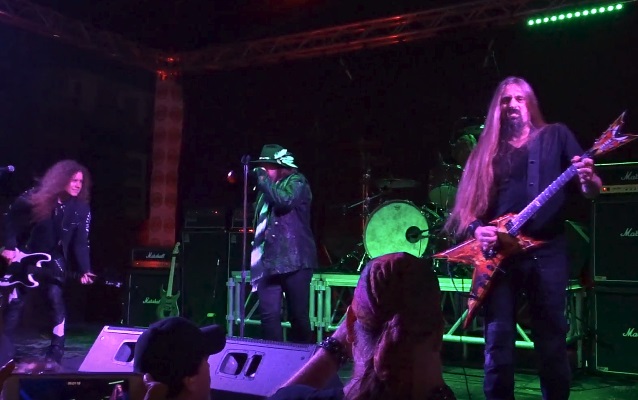 Fan-filmed video footage of DOKKEN's November 2 performance at Proof Rooftop in Houston, Texas can be seen below.

Black made his live debut with DOKKEN in Houston, and will perform with the group on November 4 at the Rockfest 80's festival in Pembroke Pines, Florida, to be followed by seven shows in December.

Black said in a statement: "I am very excited to be playing with DOKKEN. To play all these great songs live is a great honor, not to mention all these insane George Lynch solos!

"I remember when I was thirteen years old playing guitar on my porch and listening to 'Tooth And Nail', trying to play these songs... Imagine if someone told me back then that I would eventually do this. Well, my mind is blown NOW!"

Black is filling in for DOKKEN's longtime guitarist Jon Levin, who has been with the group since 2003. Levin, who also works as an attorney specializing in entertainment contract law, as well as the occasional divorce case, is reportedly busy with his law practice through the end of the year and is unable to play with DOKKEN this fall.