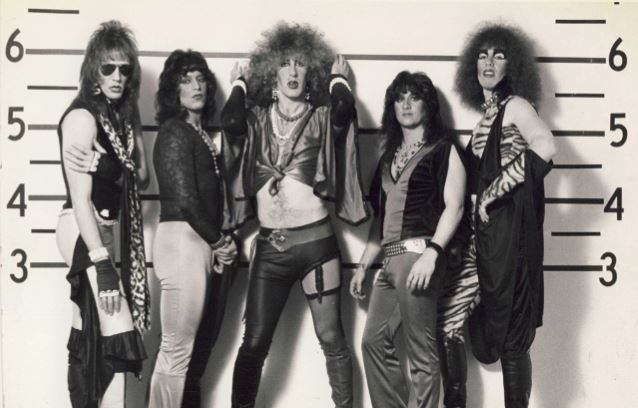 The TWISTED SISTER movie "We Are Twisted F*cking Sister!" a 134-minute documentary film by Andrew Horn, will be presented in theaters via Music Box Films in February. The first-ever documentary of the band that defined an early MTV with their no-holds-barred music videos opens in New York and Los Angeles on February 19 with a one-night-only event at Chicago's Music Box Theatre on February 22. On February 23, the film will be released on DVD, Blu-ray, VOD, and digital formats, with an included two hours of bonus material and director commentary.

"We Are Twisted F*cking Sister!" recounts the untold story of TWISTED SISTER's beginnings. Once upon a time, they were the GRAND FUNK of glam and the NEW YORK DOLLS of metal. Some considered TWISTED SISTER a joke; others called them the greatest bar band in the world. While the microcosm of punk/new wave was taking over New York City in the mid-'70s and early '80s, TWISTED SISTER was battling its way to the top of a vast — and unique to its time — suburban, cover-band bar scene that surrounded New York City in a 100-mile radius, yet existed in a parallel universe. Guitarist Jay Jay French says: "The history of TWISTED is really our 10 years clawing our way through the bar scene. It's who we are, and it's why we are, and why we do what we do."

The film follows the band from their beginnings as a cross-dressing glam band playing four shows a night, six nights a week in New Jersey bowling alleys and Long Island beach bars, to the suburban mega-clubs of the late '70s and early '80s, to their bust-out appearance on the U.K. rock TV show "The Tube". Through it all, TWISTED stood ready to do or die for the sake of "the show," giving their all to the crowd, and demanding full attention in return. They refused to play the usual bar band role of "human juke box for drunk and horny teens" — you were going to be entertained, whether you liked it or not.

They regaled their audiences with comedy rants, dragging them on stage for vomit-inducing drinking games, engaging them in fits of disco record smashing and, at their most extreme, whipping them into club-destroying frenzy. The performances were low on style and heavy on the humor and attitude — but behind it all, always smart and full of self-awareness. SPINAL TAP may have been clueless but TWISTED SISTER knew exactly what they were doing!

If you think you know them from their hit songs, the MTV videos and their massive stadium shows, this is the story of how they became that band — full of strange, and often hilarious, twists and turns. It's about rock 'n' roll and the business of rock 'n' roll. It's about perseverance and things blowing up in your face. It's about finding yourself, finding your audience and doing literally anything, however wild, to connect with them. And even though we know how it ends, the roller coaster ride of getting there is what it's all about. A mesmerizing, and wickedly funny story of a 10-year odyssey to overnight success.

Horn, who is known for his films "East Side Story" (named one of the 10 best films of the year by Time magazine), "The Nomi Song", "Doomed Love" and "The Big Blue", said of the film: "I realized as I was working on the film, that it was really very much a story of how a band becomes a band. They are truly unique in that their overnight success actually took ten years, so you really get to experience everything TWISTED SISTER went through to do it. I have to say, I don't think I've ever experienced any group of musicians as ferocious...or as funny."

"We Are Twisted F*cking Sister!" will be released in Europe on January 29 via Monoduo Films. The film (along with over two hours of bonus material) will be available on VOD (iTunes and Vimeo On Demand) and as a DVD (Amazon Europe andMonoduo Films shop).

In a videotaped message posted at Horn's YouTube channel, TWISTED SISTER frontman Dee Snider said Horn got at the heart of the band's "'Rocky'-esque story of a band of brothers from the New York area who toughed it out for nearly a decade before finding fame and fortune." The singer went on to describe the end result as "for people who are original fans, hardcore fans, true fans — or want to know more about this band."

He added: "This is independently done, which is the way a documentary of this kind should be [and not like other rock documentaries where the] band puts together … a piece of propaganda to make [themselves] look good."

Jay Jay French previously stated about the film: "Andy has been working on this documentary for the last [five] years. The idea came to him after an interview with me concerning another artist named Klaus Nomi who opened for us at the Soap Factory around 1981. At that time, Andy really knew very little about us and became fascinated by the story of our long and winding road to a record deal.

"While most of the world thinks that TWISTED SISTER started in 1984, there are those who know a much different story.

"The band's die-hard fans in the U.K. thought the story began a couple of years earlier when Secret Records signed us in England.

"There does exist, however, a subset of fans who know the real story. Those fans are from the tri-state area of New York, New Jersey and Connecticut. Those fans spent years supporting us.

"Because of the sheer number of super-sized night clubs that started operating in the tri-state area around 1976, there exists a fan base that only knew us with me, Dee [Snider, vocals], Eddie [Ojeda, guitar] and for a short time bassist Ken Neill (with an assortment of changing drummers).

"However, before that, TWISTED SISTER played hundreds of shows at places like the Mad Hatter in East Quouge, Mr. T's & Maxis in Wantagh, in Long Island, The Satellite Lounge, The Wreck Room, Dodd's, The Colony III, The Joker II, The Searchlite, Spruce Goose, The Capricorn and the George Inn in NJ and the Sahara located in Adams, Massachusetts.

"This version, when you look at the photo history of the band, contained me and four people most of you don't know: vocalist Michael Valentine, guitarist Billy Diamond, bassist Kenny Neill and drummer Mell Starr.

"Except for Kenny, these former members were either fired or left under very bad circumstances. What happened as a result of the experiences that I had with these ex members formed the basis of my management skills and taught me what to look for in future hiring. In fact, the first break up of the band in December of 1974 led to a personal crisis at the age of 22, that forever changed my life and taught me how to cope in the face of total failure both professionally and emotionally.

"In short, the lessons learned over those first two years formed the basis of the future of TWISTED SISTER. Without having gone through it, the band, as it exists in the hearts of millions of fans around the world, would never had existed.

"To be clear, this in no way implies that Dee, Mark [Mendoza, bass], Eddie and AJ [Pero, drums] would not have found fame in their own right. These are all immensely talented musicians. I can also state that I can't see where I would have succeeded without these guys.

"It was clear to me early on that the first version of the band was never going to make it. None of the members, except Kenny, had what it takes.

"The lack of focus, professionalism and raw talent of the first version became obvious and the proof is that of all the original five members, only me and Kenny survived that circus.

"I will say this, however, about the very early days of TWISTED SISTER: Our agent worked us to death, playing 5-6 nights a week 4-5 shows per night. Some shows ended as late as 6 a.m.!

"In those days, you played in one club for 3-6 night in a row. In the case of the Mad Hatter in East Quouge, we played 78 nights between May and September." 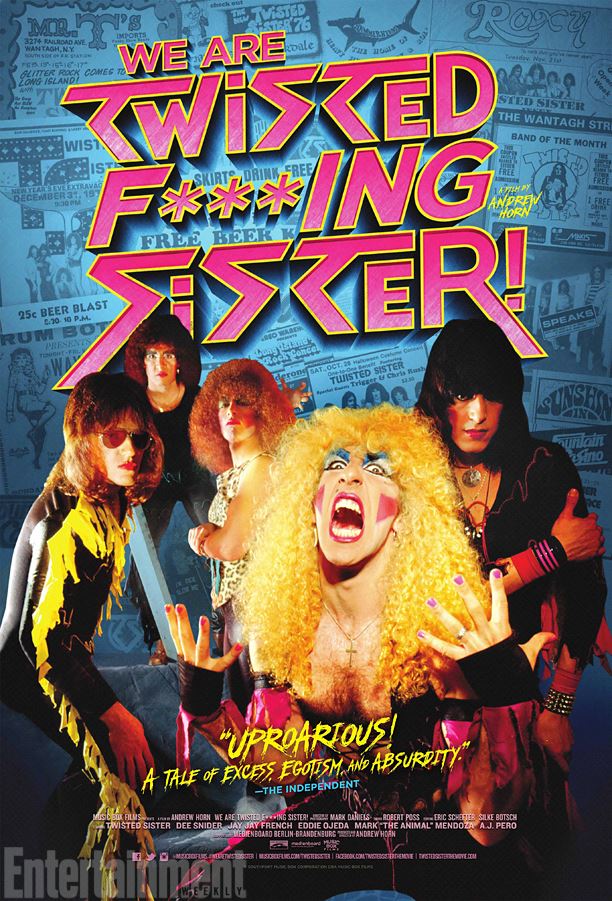