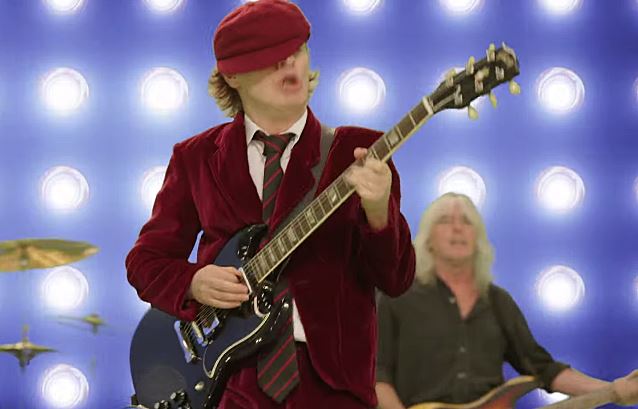 If you have any questions you want to ask the duo, please e-mail them to Molenda at [email protected]a.com.

AC/DC's video for the song "Play Ball" can be seen below. The clip was shot October 3-4 with director David Mallet at Black Island Studios in Middlesex, England.

"Play Ball" is taken from AC/DC's new album, "Rock Or Bust", which comes out December 2. The CD was recorded in Vancouver, Canada earlier this year.

Meanwhile AC/DC issued a statement on Rudd's arrest, saying, "We've only become aware of Phil's arrest as the news was breaking. We have no further comment. Phil's absence will not affect the release of our new album, 'Rock Or Bust', and upcoming tour next year."