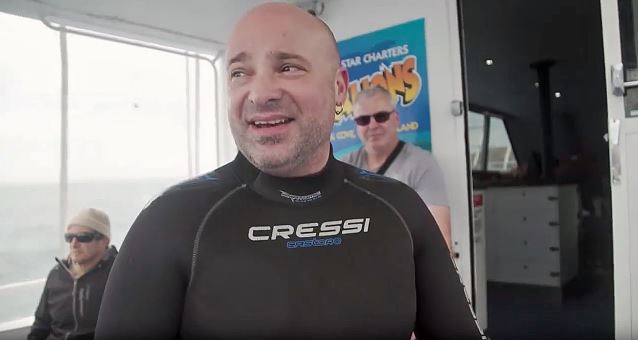 As previously reported, DISTURBED will release a new live album, titled "Live At Red Rocks", on November 18 via Warner Bros. The album features songs spanning DISTURBED's 20-year-career, including Mainstream Rock chart hits "Down With The Sickness", "Stricken", "Inside The Fire", "Indestructible", "The Vengeful One", "The Light" and their now-platinum-certified version of SIMON & GARFUNKEL's classic hit "The Sound Of Silence". "Live At Red Rocks" is available for pre-order via all DSPs, and those who pre-order will receive an instant download of the album track "The Light".

"Live At Red Rocks" captures DISTURBED's August 15, 2016 show at the fabled Colorado amphitheater where the band stopped during their tour in support of current album, "Immortalized".

DISTURBED's sixth studio album, "Immortalized ", was officially certified gold on September 23 by the RIAA (Recording Industry Association of America) for sales of more than 500,000 copies. The certification came seven months after RIAA started including on-demand audio and video streams and a track sale equivalent in gold and platinum album award.

"Immortalized" was released in August 2015. The effort became the band's fifth LP in a row to enter the chart at No. 1 — a feat shared only with METALLICA and DAVE MATTHEWS BAND.