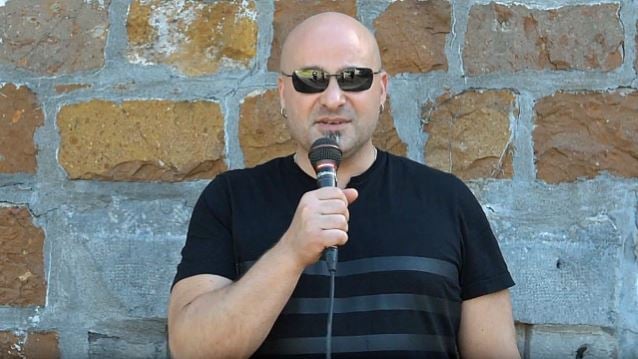 Musik Universe conducted an interview with DISTURBED singer David Draiman at this year's Heavy Montreal festival, which was held August 6-7 at Parc Jean-Drapeau in Montreal, Quebec, Canada. You can now watch the chat below.

Asked if he thinks streaming services like Spotify and Apple Music help the music industry, Draiman said: "Absolutely. What hurts the industry is piracy, which has always been the problem, from Day One. Platforms like Spotify were created to combat piracy, to give the fans the opportunity to listen to whatever they want, whenever they want, at a higher level of fidelity than you'll get off a BitTorrent site and at a very reasonable price, so that there's still a revenue stream going back to the artist. It was never meant to replace physical sales. Physical sales are going the way of the VHs tape too [laughs], unfortunately, whether we like it or not. And that really goes back to one thing and one thing only."

He continued: "Back in the day when [Napster co-founders] Sean Parker and Shawn Fanning approached the music industry with a little baby they had called Napster, and the music industry refused to entertain any kind of deal with them on any level. Instead they open-sourced it to the world, and that changed the face of music. And so the industry's reluctance to go with technology back in the day is something that we're all, unfortunately, suffering from to this very day. Thankfully, the industry has seen the error of their ways, and they are embracing digital and technology on an unprecedented level, and we're going through an adjustment period. It'll take time."

DISTURBED's latest album, "Immortalized", became the band's fifth effort in a row to enter the chart at No. 1 — a feat shared only with METALLICA and DAVE MATTHEWS BAND.

DISTURBED version of SIMON & GARFUNKEL's "The Sound Of Silence" has been a huge hit for DISTURBED, with Paul Simon sharing his approval of it publicly after watching the band perform the song on "Conan" and also exchanging e-mails with singer David Draiman.

DISTURBED's record label, Warner Bros., credited the song's popularity to the video for "Silence", which was released in December 2015. To date, the clip has been seen more than 82 million times, a record number of views on YouTube for the group.