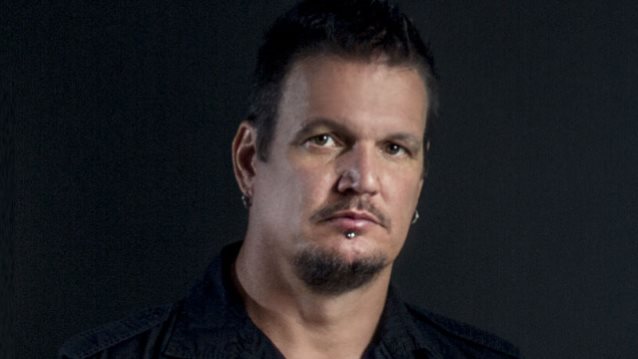 DISTURBED guitarist Dan Donegan has slammed people who are making negative comments about Chester Bennington and his music following the death of the LINKIN PARK vocalist.

Bennington's body was discovered Thursday morning (July 20) by an employee at the musician's Palos Verdes Estates home. The Los Angeles acting chief coroner recorded the singer's manner and cause of death as suicide by hanging.

The news has shocked the music world, with thousands of fans and celebrities coming out to share their sympathy and tributes for Bennington and his wife and three sons. But some have used the opportunity to criticize Chester and his music — and Donegan says he finds some of the online comments disgusting.

The guitarist writes on Facebook: "I'm trying to figure out if the fucking Internet trolls either haven't been hugged enough as a kid or not smacked in the mouth by their parents and taught RESPECT!!!!!! How sad is it that we live in a society of so many hate-filled people! Every day we wake up and turn on the TV or go on social media to hear or read comments on politics or people's battles against their personal demons and everyone is so quick to pass judgement.

"I can't believe how fucking disgusting the insane comments or rumors regarding Chester or his wife and people's hateful remarks towards the band. Where is your fucking compassion? A man died and left behind a lot of people who loved him. Forget about if you were a fan of their music or not. Six children lost their father, a wife lost her husband, his parents lost a son, his band lost a brother, his colleagues lost a friend, his fans lost someone that inspired them and they looked up to.

"I am sick to my stomach reading the negative comments dissing him and the band. Where is your fucking heart?

"I admit that when I was younger, I would think how can someone be so selfish and take their own life, especially someone who appeared to have it all. Success, money, fans, love from all around the world.

"I'm sure a lot of people think, 'How bad is your life? At least you're not shoveling horseshit for a living.' Now I've grown to realize that depression does not discriminate against anyone — rich or poor, it does not matter. Money doesn't erase whatever demons someone is battling.

"Most of us may never really understand why someone makes that choice to end it all, and I'm glad and hope that those thoughts never enter your mind.

"Most musicians, comedians, actors that i know have come from a very dark past and turn to their craft as a way of dealing with those demons and healing through their work. Unfortunately, not everyone can beat that struggle.

"I'm sure that probably everyone I know has had some pain in their life and we all look for the inspiration to give us reason to keep pushing forward and hope that tomorrow brings a better day!

"Life is full of challenges and money will not solve all your problems.

"Please, people, show some humanity and respect for one another.

"I'm tired of seeing so much hate on a daily basis in this world. I'm also guilty of fueling the fire with political debates and opinions, but there is so much division that we ALL seem to have lost a bit of our hearts these days.

"I hope you all enjoy the rest of your weekend and don't forget to hug the ones you love a little bit tighter and maybe smile at a stranger today. It just may make their day!"

I'm trying to figure out if the fucking internet trolls either haven't been hugged enough as a kid or not smacked in the...