DISTURBED has announced the initial 26 North American cities that will be part of the first leg of the band's early 2019 "Evolution" tour. More cities will be added soon.

As previously reported, DISTURBED will play a special intimate show at the 1,000-capacity Vic Theatre in Chicago, Illinois on October 10, presented by SiriusXM.

DISTURBED's seventh studio album, titled "Evolution", will arrive on October 19. The band recently shared the official music video for "Are You Ready", the first single from the LP.

Guitarist Dan Donegan has told the South Carolina radio station 93.3 Planet Rocks that the bulk of the touring for "Evolution" will take place in 2019. "And the majority of next year will probably be all the territories that we usually hit throughout the U.S., Canada, Australia, New Zealand, Japan, Europe, Russia," he said. "We're gonna try to squeeze in as much as we can in all of 2019, and we'll see if it takes us into the following year or where we're at when next year ends."

Donegan told The Pulse Of Radio that "Evolution" contains "some really killer stuff," with "nice new twist and new turns that we're taking, and some experimenting on it. There's still always gonna be those things that are signature DISTURBED because of the way we play or the way David [Draiman] sings, there's gonna be an identity there, but there's definitely some things that we've took a departure on as well," he said. 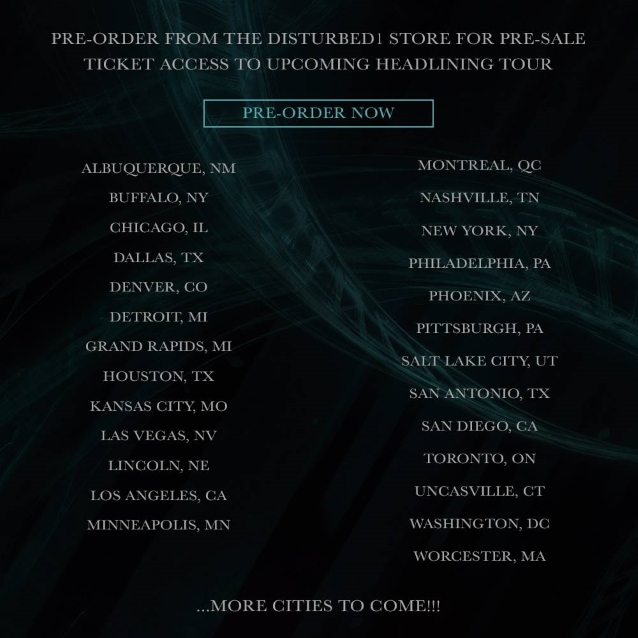