Upheaval Festival, a two-day rock music festival, is launching in Grand Rapids, Michigan July 17-18, 2020. The inaugural festival will feature some of the biggest names in rock music and brings a new event to Belknap Park, notably the home of the annual Breakaway Music Festival.

The 2020 festival will be headlined by multiplatinum Chicago hard rock group DISTURBED, the only hard rock group aside from METALLICA to achieve five consecutive number one debuts on the Billboard Top 200. Also headlining Upheaval is STAIND, the recently reunited American rock band with 15 million records sold worldwide.

Other notable acts on the bill for the two-day festival include CHEVELLE, SKILLET, AVATAR, HELLYEAH, LIKE A STORM, and a variety of regional bands.

Belknap Park is the largest seasonal outdoor concert venue in Grand Rapids, Michigan. Located within walking distance of the city center, the multi-purpose park transforms into a temporary amphitheater with 360-degree views of downtown Grand Rapids and the riverfront. Belknap Park has been home to the annual Breakaway Music Festival since 2017, and provides for a convenient and exciting outdoor entertainment option in West Michigan.

Upheaval is brought to you by MiEntertainment Group, the co-producers of the Breakaway Music Festival, and WGA Entertainment, the promoter behind Rock Fest and Country Fest in Cadott, Wisconsin. The partnership between these two independent promoters brings a high level of expertise to the festival setting, and fans can expect a top-notch experience at Upheaval.

"Grand Rapids is one of the fastest growing cities in the Midwest and we are thrilled to be expanding the music scene in West Michigan," said Jenna Meyer, co-founder of MiEntertainment Group. "As a resident of west Michigan, it is exciting to expand our business in my hometown and take the next steps in our vision of producing more events at Belknap Park."

Early bird tickets are on sale now at www.upheavalfest.com. 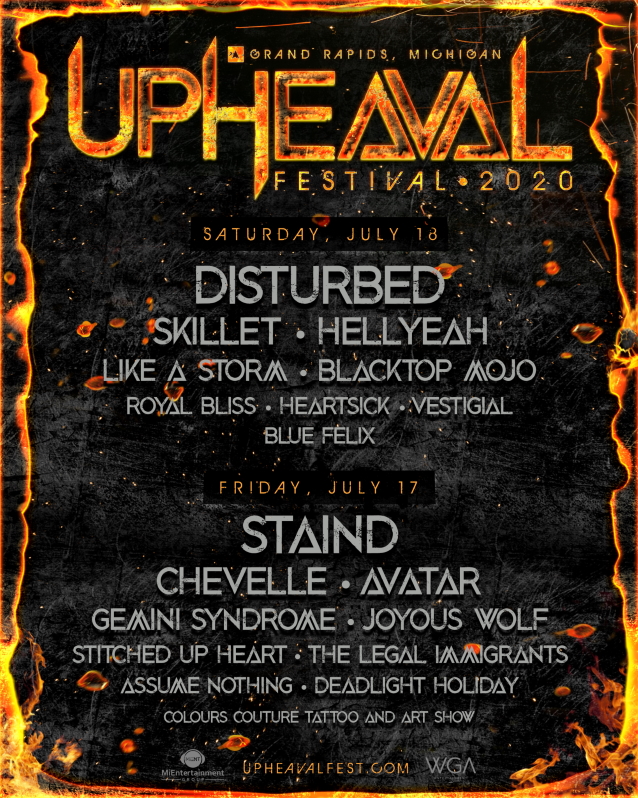