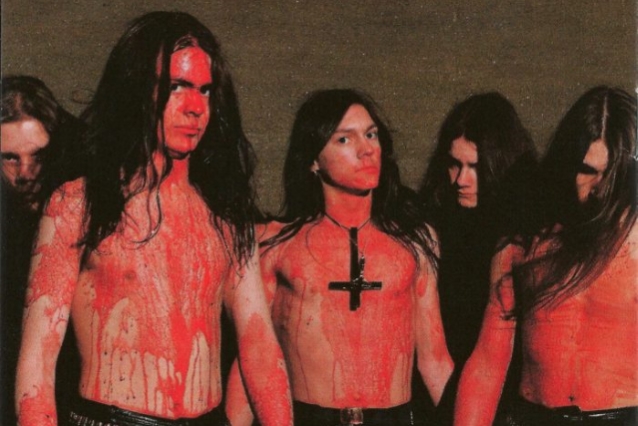 DISMEMBER's upcoming appearance at the Scandinavia Deathfest 2019 festival, set to take place October 11-12 at the Kraken Sthlm and Slaktkyrkan venues in Stockholm, Sweden, will be professionally filmed and recorded, presumably for future release.

DISMEMBER's lineup for the show will be as follows:

DISMEMBER will also appear at next year's edition of the Maryland Deathfest.

Dismember’s set on the Sunday will be filmed and recorded! Become reborn in blasphemy!!! Posted by Dismember Sweden on Wednesday, August 28, 2019