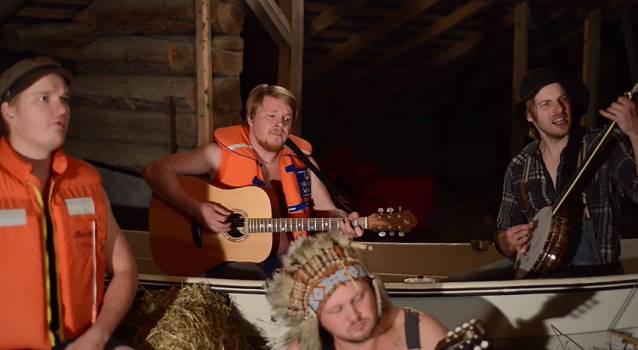 Finnish band STEVE 'N' SEAGULLS, which recently made headlines by releasing its dueling banjo-standup-bass-washboard-and-more take on the IRON MAIDEN classic "The Trooper", has returned with a rendition of "Holy Diver", the title track of DIO's 1983 debut album. Check out the footage below.

DIO's last release was the "Holy Diver Live" CD, featuring a performance of the classic "Holy Diver" album in its entirety, from start to finish, recorded live for the very first time in 2005 in front of a sold-out London crowd. It also includes, among others, "Heaven & Hell", "Sign of the Southern Cross" and "Mob Rules" from vocalist Ronnie James Dio's BLACK SABBATH days, "Tarot Woman", "Man on the Silver Mountain" and "Long Live Rock 'N' Roll" from the RAINBOW era and "We Rock" from his solo career.