Niji Entertainment and BMG have announced the first two albums in the DIO live album reissue series with "Evil Or Divine: Live In New York City" and "Holy Diver Live" on February 12, 2021. Fans can get an early listen with two tracks launched today, a never-before-released, live version of "Lord Of The Last Day" and a live version of the classic "Holy Diver". Watch a video for "Holy Diver" now below.

Wendy Dio, who has served as the curator of Dio's musical legacy and everything that relates to her late husband's career (including the Ronnie James Dio hologram tour), says: "I am very excited to be working with BMG, a label that still has a passion for rock music. They will be making the complete DIO catalog available again with some interesting surprises."

* Reissue of DIO's long-out-of-print 2005 live release
* Newly remastered and newly created cover art
* Limited-edition vinyl version includes lenticular 3D album-sized art piece along with 3LP 180g black vinyl / triple gatefold
* Also available in 2CD deluxe mediabook and 3LP 180g black vinyl / triple gatefold standard edition / remastered digital version
* Features the complete live show experience as if you were there, including never-before-released version of "Lord Of The Last Day" and an amazing Simon Wright drum solo not on the original release.
* Both 3LP vinyl versions feature special mini four-track bonus from the 1996-2004 studio albums featuring "This Is Your Life" (from "Angry Machines"), "Fever Dreams" (from "Magica"), "Push" (from "Killing The Dragon") and "The Eyes" (from "Master Of The Moon")

01. Caught In The Middle
02. Don't Talk To Strangers
03. Straight Through The Heart
04. Invisible 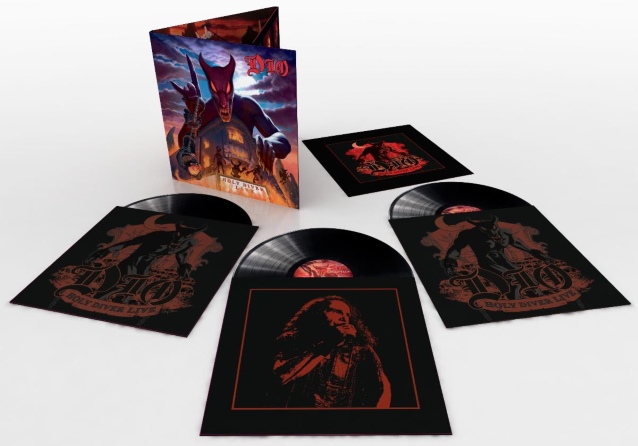 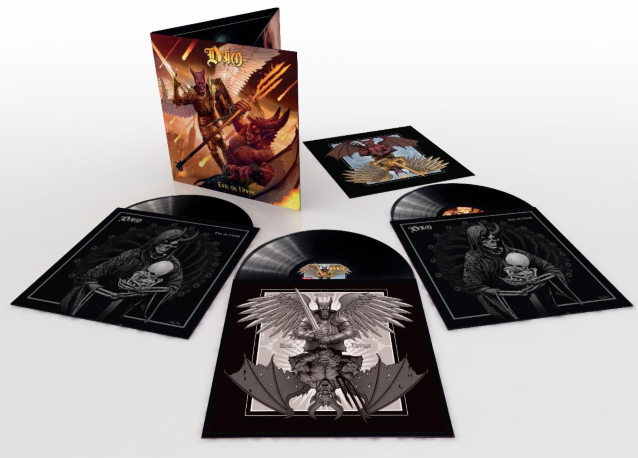