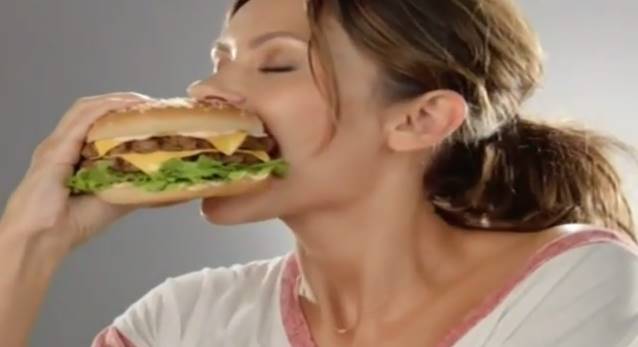 According to a post on legendary heavy metal singer Ronnie James Dio's official Facebook page, DIO's song "Eat Your Heart Out" is featured in a commercial for fast-food chains Carl's Jr. and Hardee's (both of which are owned by CKE Restaurants, Inc.).

"Eat Your Heart Out" originally appeared on DIO's 1984 album "The Last In Line". The track was written by the band's legendary frontman and namesake Ronnie James Dio along with drummer Vinny Appice and guitarist Vivian Campbell.

This isn't the first time Carl's Jr. has featured a metal artist in one of its ads. In December 2012, the company produced a commercial for its jalapeno turkey burger featuring the 1987 song "The Ultra Violence" by the San Francisco Bay Area metal band DEATH ANGEL.