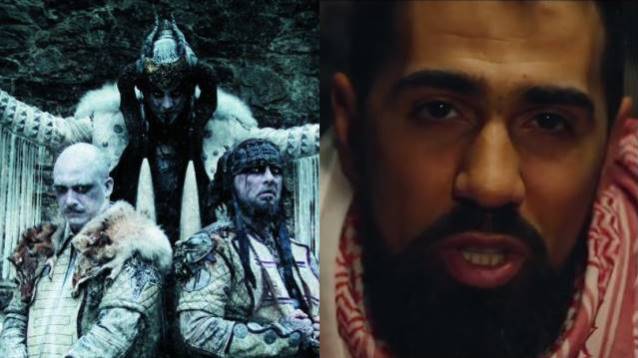 Bushido's track — which will appear on his upcoming album "Sonny Black" (due in February 2014) — allegedly borrows the musical theme from the DIMMU BORGIR cut "Dimmu Borgir", which is featured on the Norwegian group's 2010 CD "Abrahadabra".

You can hear both songs below.

DIMMU BORGIR in 2007 threatened to sue Bushido for allegedly using melodies from the band's songs on his albums without permission.

DIMMU BORGIR manager Yvette Uhlmann stated at the time: "The band was contacted via the Internet and was told that Bushido had stolen the melody of their song 'Mourning Palace' and that he used it in his song 'Mittelfingah'. Since we were not contacted by Bushido through proper channels and told about his desire to do this, it is clear that Bushido has seriously infringed our intellectual property rights."

DIMMU BORGIR guitarist Silenoz was quoted as saying: "If the German rapper in question does not agree to compensate us adequately, we will sue him! Whoever crosses us will face serious consequences."