"Invoking The Hunter", the new Athina Tousia-directed video from Greek symphonic death metallers DIMLIGHT, can be seen below. The song is taken from the female-fronted band's latest album, "The Lost Chapters", which came out in February via Sliptrick Records.

According to a press release, "The Lost Chapters" "delivers death metal tracks, blended with dark symphonic elements. Aggressive guitars, pounding bass lines, sharp vocals but also deep and eerie brutal shouts. The production was made at Sound Flakes Studios and the engineer behind the solid outcome was John Mcris who was responsible for both mixing and mastering. The cover was an inspiration of the mighty Pierre Alain Durand (3MMI DESIGN)."

"The Lost Chapters" is a concept album — a novel put to music and vice versa. The story narrated in the disc is the origin story of the Egyptian goddess Hathor. Drawing inspiration from the oldest Egyptian myths, Hathor is portrayed not as a goddess of love, joy and fertility as most people today generally consider her, but as bringer of bloodshed and vengeance upon mankind who strayed from the path of the gods into blasphemy. In truth, it's an elaborate mythos of the horror/historical fantasy genre recounting the grim tale of Hathor's birth and her rampage through the lands of pre-Pharaonic Eygpt.

Before the dynasties of human / mortal Pharaohs of recorded history, the gods reigned over Egypt with Osiris at the throne. But Osiris had grown old. His skin was gradually turning into gold, his hair into lapis lazuli, his eyes into emeralds — he was turning into a statue, for that is how age affects the gods. Mortal men would no longer respect his authority or fear him for he had no more spells/words of power to maintain his former strength. So they turned from him and became blasphemers. Osiris, wishing to chastize them, uses the last of his magic to create Hathor, a newborn beautiful goddess, with one sole purpose: to chastize mankind.

During the recording sessions for "The Lost Chapters", DIMLIGHT worked with the following musicians: narrator in the album was Jean Baptiste (RANDOMAWALK); Maya (ΜEDEN AGAN) did the operatic vocals in "Clash Of Immortals" and "Fields Of Carnage"; Maria Melissanthi Routi (KINETIC) did the operatic and ethnic vocals in "Fields Of Carnage"; and Alfred Shtuni on live strings. 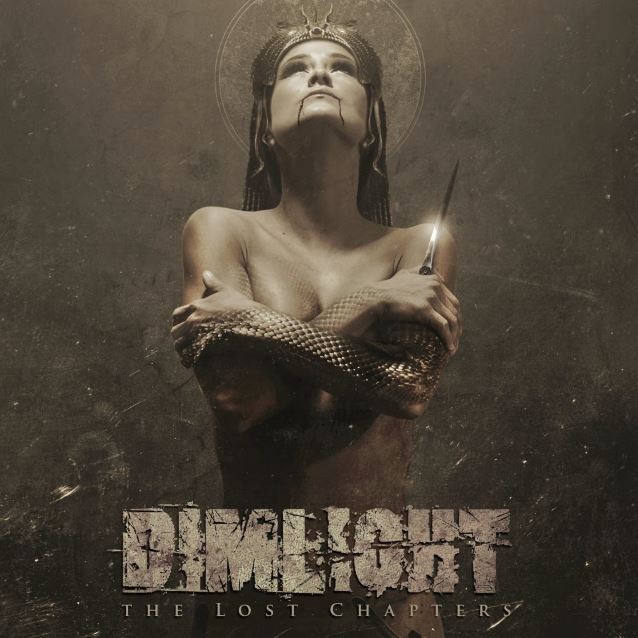