Ten years after PANTERA guitarist "Dimebag" Darrell Abbott's death, Jerry Abbott, the legendary axeman's father, has just released a book, "Over My Left Shoulder: The Life And Times Of Jerry Abbott", via CreateSpace, the publishing engine of global online retailer and publisher Amazon.

Writing about the breakup of PANTERA, Jerry, who, by his own admission, had "very little contact" with his sons "from the time [the band] began their world tour in support of 'Cowboys From Hell' until they began recording 'Far Beyond Driven'," said: "Too much success can breed failure and often does. I think that's an accurate assessment of what happened to PANTERA. It's like a marriage that's just too good to believe, and the next thing you know it's on the rocks."

He continued: "What happened? Who knows? People grow apart. People have different ideas. People develop physical or mental problems. Booze and drugs don't help the situation, and one unhappy camper can spoil the whole bunch.

"PANTERA had been to the top of the marquee more than once and lived to tell about it, but this time it was not to be. The year 2003 marked the end of PANTERA."

Jerry Abbott also wrote that after the release of "Far Beyond Driven", he "only got to see Vinnie and Dime on Dime's birthday at Tunica and at Christmas time in Texas. The rest of the time they were simply, 'on tour.'"

Asked if he was ever worried about Dimebag's reputation as a hard-drinking hellraiser, Jerry told Guitar World magazine in a 2009 interview, "Not really. I was around in the early years, so I was there when he had his first beer.

"Being a performer myself, in my opinion, there's nothing wrong with having a drink or two before you get onstage to get your juices flowing and get ready to rock and roll.

"While I knew their fans were kinda rowdy at times, I was never really worried about it, and I never saw him do anything that affected his performance whatsoever. He always gave 110 percent. He was there to put on a great show, and he damned well did every single night.

"I kinda figured that he'd eventually outgrow the drinking and hellraising, because people do tend to mellow as they mature. I'm not sure he would have [laughs], but I always thought he might." 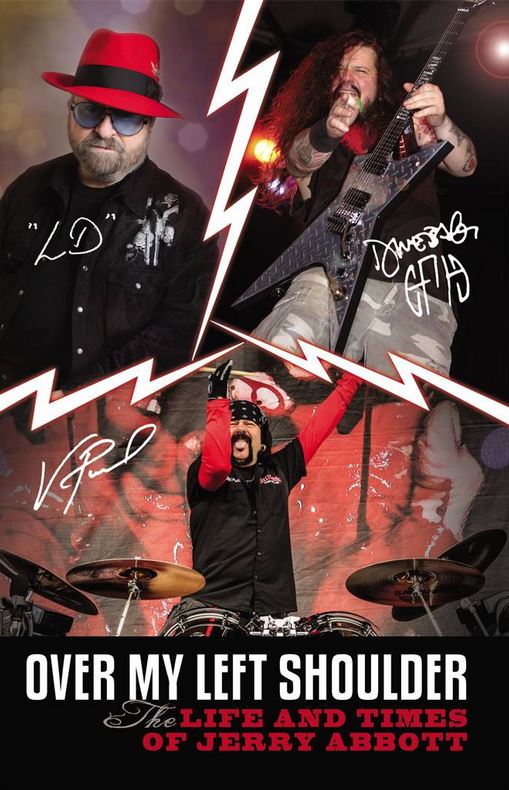