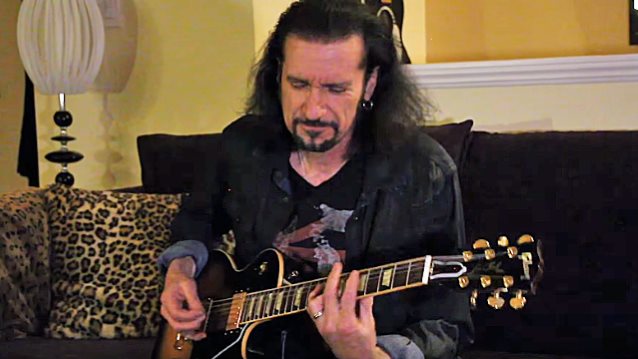 In a brand new interview with Rock N Roll Damnation, former KISS guitarist Bruce Kulick was asked if "it was evident" that the band's reunion with Peter Criss and Ace Frehley for an episode of MTV's "Unplugged" in 1995 would pave the way for a KISS tour that would exclude him and drummer Eric Singer. "The truth was not really ever kind of revealed for a few reasons," Kulick said. "I was aware that MTV thought that it was really important that if we did KISS 'Unplugged' that they get the scoop of a reunion, that they get that icing on the cake. But that was only a quarter of the evening, but it was the one that got all of the attention press-wise, and that matters because it means money, it means sales and all of that stuff. Behind the scenes, unknown to MTV, unknown to me and Eric Singer was the fact that they were negotiating with promoters that had gotten wind of a reunion on TV, so why wouldn't there be a reunion tour?"

He continued: "I didn't know that the writing was on the wall even though I was a little uncomfortable, but Gene [Simmons] and Paul [Stanley] obviously had a plan that should the original band have some difficulty working together or animosity towards each other or if someone wasn't willing to do it, KISS would have continued with Eric Singer and myself. But apparently, and I think what I understood was, shortly after or while they were trying to put together the 'Unplugged' thing, even though that was not the reunion tour, it was a reunion on stage in front of the world so they were feeling offers."

Kulick added: "Life is political, and so is business. There was a lot going on behind the scenes, just like in our political world and everyday business. It was really interesting."

During the same chat, Bruce confirmed that he continued to be paid by KISS for a full year after the "Alive/Worldwide Tour" launched in 1996, even though he was not part of the band's touring lineup. Asked if he was ever offered an extended role within the KISS camp as a behind-the-scenes guy, Kulick said: "No, although they did look to me to do some work for 'Psycho Circus'. That was very strange, but also made me feel really important [laughs] — you know what I mean — because when they got into the studio, I demoed some things with Paul and I was even able to co-write a song with him for that album. Just the fact that they asked me to play some bass and help out on the song I wrote with Paul in the studio was nice. Even the song 'I Finally Found My Way' from the 'Detroit Rock City' soundtrack, I played the bass on that track too, which was cool. I also did some work on both Paul and Gene's solo records, 'Live To Win' and 'Asshole', which was nice."