"Neogenesis", the fifth studio album from Swedish death metallers DIABOLICAL, will be released on September 27 via ViciSolum Productions. The CD was recorded at Necromorbus Studio (WATAIN, UNANIMATED, DESTRÖYER 666) in Alvik, Sweden with the band's vocalist/guitarist, Sverker Widgren, in the producer's chair.

"Neogenesis" is a concept album uniting eleven tracks with an eleven chapter post-apocalyptic novel and will be made available as a exclusive limited-edition mediabook.

The official video for the song "Metamorphosis" — taken from "Neogenesis" — can be seen below.

Comments Sverker: "We wanted this video to have a close symbolic connection to the philosophy and concept of 'Neogenesis'.

"The theme of this particular chapter of the novel is reflected in the transformation you see in the video. Superficially something monstrous is transformed into something beautiful which represents a metamorphosis of something much more profound. Those who hear the album and read the book will understand."

"Metamorphosis" has been released as a digital single and is available for download at iTunes, Spotify, etc.

DIABOLICAL guitarist Tobias Jansson previously stated about "Neogenesis": "It is with great pleasure that we finally get to share this album with the world.

"We have put in a tremendous amount of effort into this recording. I think we have raised the bar for ourselves a lot with 'Neogenesis' both with the songwriting and the recording. It has been tough, but very interesting for us as well." 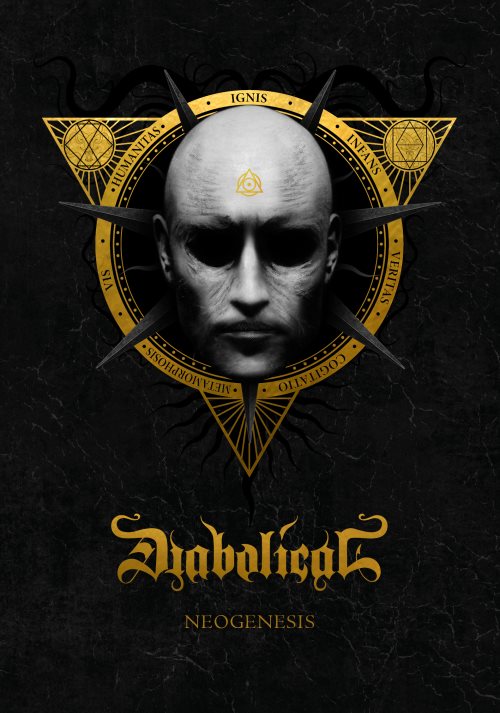