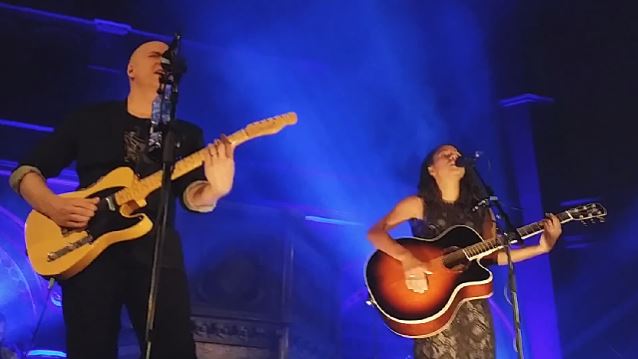 Fan-filmed video footage of CASUALTIES OF COOL, the collaboration between Canadian multi-instrumentalist, singer, songwriter and producer Devin Townsend and Vancouver artist Ché Aimee Dorval, performing on September 4 at Union Chapel in London, United Kingdom can be seen below.

CASUALTIES OF COOL's debut album was released without record-label backing.

In a 2013 interview with BluntMag.com.au, Devin stated about CASUALTIES OF COOL: "If there's anybody who's new to what I do, who maybe heard 'Liberation' or some of the songs off 'Epicloud' and thought, 'This is really cool, I could get into this,' you're going to hate CASUALTIES. [laughs] I mean, really, it's as opposite of 'Epicloud' as 'Ghost' was to 'Deconstruction'. It's this weird, dark, not evil but verging on it, bluesy, Johnny Cash-y, strange, quiet folk record. But I love it, it's the one record that I've done over the past 10 or 15 years where I can truly say, 'This is where I am right now.'"

He continued: "You know, the other things that I've done have been as well in their own right, 'Epicloud', 'Deconstruction' and 'Addicted!', but there was an agenda with those, I was trying to say something with them or I was trying to prove a point, make a statement about the past or whatever. CASUALTIES is something that I've done without any pressure, without anybody telling me what to do, without showing it to anyone, it's just what evolved when I wasn't thinking about it. As a result of that, I'm incredibly proud of it, but it remains to be seen whether or not other people will resonate with it. I think they will, man. I think it's fucking awesome, and I mean, I haven't smoked weed in a long time but I can't imagine that it wouldn't be awesome while you're smoking. [laughs]"

Asked where CASUALTIES OF COOL fits into the Devin Townsend discography in terms of sound — among his more traditional-sounding albums, or a bit more removed like his ambient albums, Devin said: "Somewhere in the middle, you know, somewhere in the middle. It's like, if you took the weird elements of 'Ki' and the weird elements of 'Devlab' and added a vintage sort of vibe.

"My management had a suggestion, which I think is pretty cool, which was, 'You shouldn't call it DEVIN TOWNSEND PROJECT, you shouldn't even put your name on it, just call it CASUALTIES OF COOL and put it out as its own thing.' It's got a different singer, I sing on like half of it right, but it's got this lady who's just this brilliant singer, she's a young, despondent-sounding bluesy vocalist and it's creepy. I think that that might be a way for me to get away with it, putting it out without it being part of the DTP [DEVIN TOWNSEND PROJECT] or whatever. 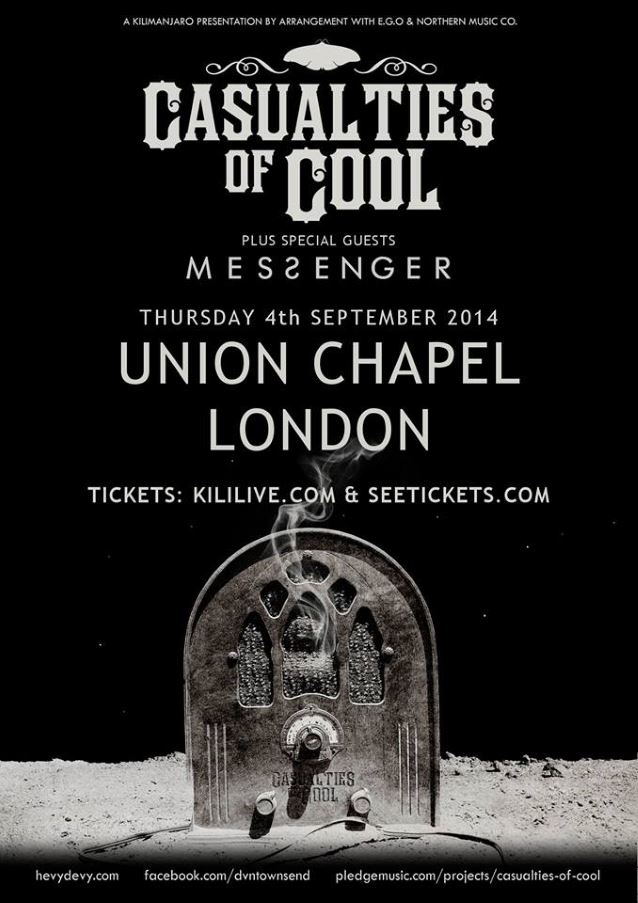