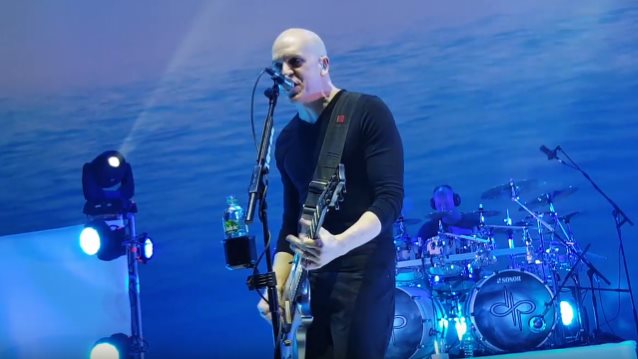 The set took place at the Hammersmith Apollo in London, U.K. and fan-filmed footage of the concert can be seen below.

Additional performances of the album are scheduled to take place in Spain and Bulgaria this summer.

Released in 1997, "Ocean Machine: Biomech" marked the launch of Townsend's own label, Hevy Devy Records, which still runs to this day. It was his first solo work after working with legendary guitarist Steve Vai as vocalist and with his own band at the time, STRAPPING YOUNG LAD.

A week before the London show, Devin told Louder Than War about performing "Ocean Machine: Biomech" in its entirety: "It [the Hammersmith gig] is a thing in itself. Yes, it is the 'Ocean Machine' show, but we are able to do some special things for it this time. It is another example of the strange ethos of this band in that at the end of an eight-week tour the second-to-last show is a special show that requires a shit-ton of preparation and effort and rehearsal! [Laughs] We have spent the whole tour working on it. Any days off that we had have been working on 'Ocean Machine'. Any time off we even had on the bus has been about learning the parts and making sure it as good as it can be. My hope is that it will be an event that is very special for everybody, specifically at that venue. I have high hopes for it and I think it's going to be awesome."

DEVIN TOWNSEND PROJECT's latest album, "Transcendence", was released last September. The follow-up to 2014's "Z2" double album (half of which was made up of the DTP full-length "Sky Blue"), it saw the award-winning Townsend exploring a relatively new way of working, collaborating with the entire DTP band during the writing stages of the record. 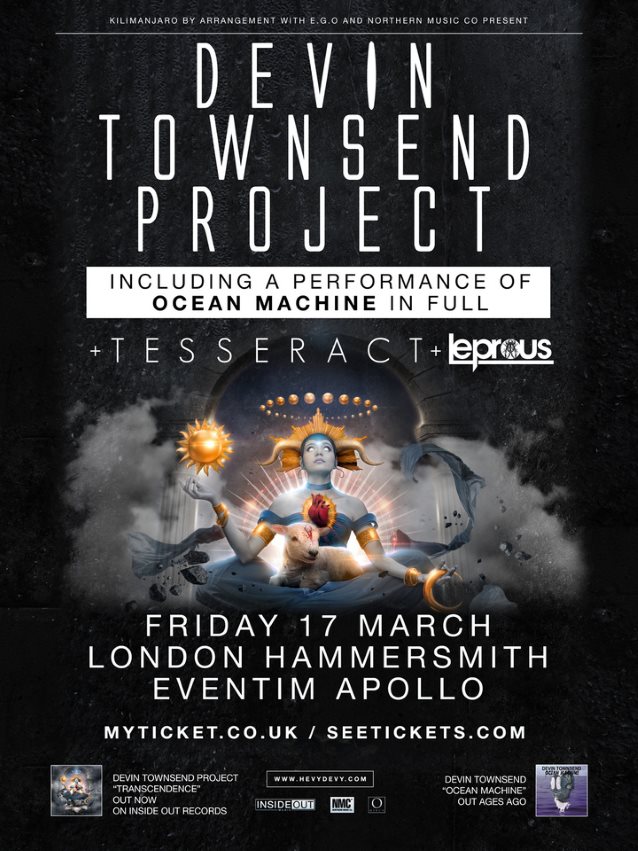