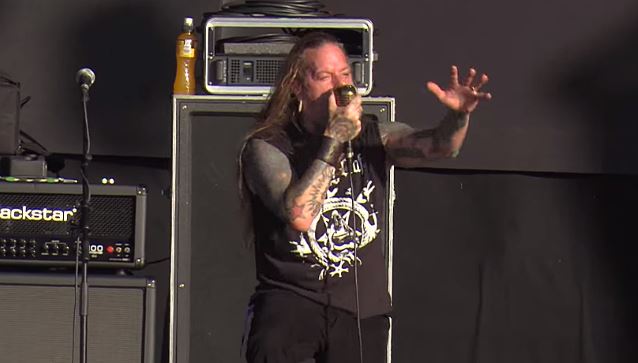 California metallers DEVILDRIVER have announced the addition of guitarist Neal Tiemann (BURN HALO) to the group's ranks. Tiemann joins the band as the replacement for Jeff Kendrick, who left DEVILDRIVER last October.

According to DEVILDRIVER singer Dez Fafara, eleven songs have already been written for the band's next album, which will arrive sometime in 2016. The CD will mark DEVILDRIVER's first studio effort since the departures of Kendrick and drummer John Boecklin and addition of Tiemann and former CHIMAIRA sticksman Austin D'Amond.

Ladies and Gents please WELCOME @nealfingtiemann To The DEVILDRIVER LINE-UP! #GuitarShredder #DeadlyAxeMan #GuitarBuilder now together with @michaelspreitzer @fnaustile83 They have about 11 Songs and are writing on a constant together ! LET THE GROOVE TIMES ROLL!