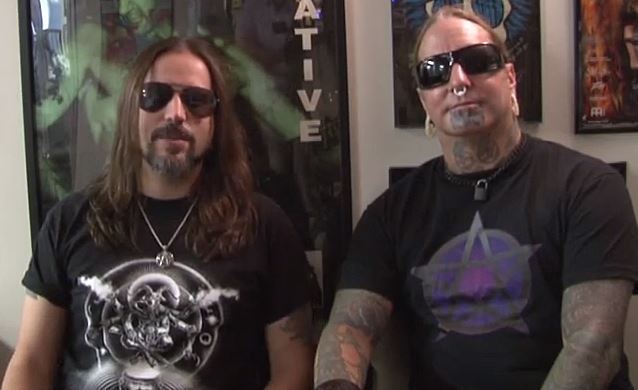 Vocalist Dez Fafara of Californian metallers DEVILDRIVER was recently interviewed on "Almost Infamous With Bobby Black" of High Times magazine. You can now watch the chat below.