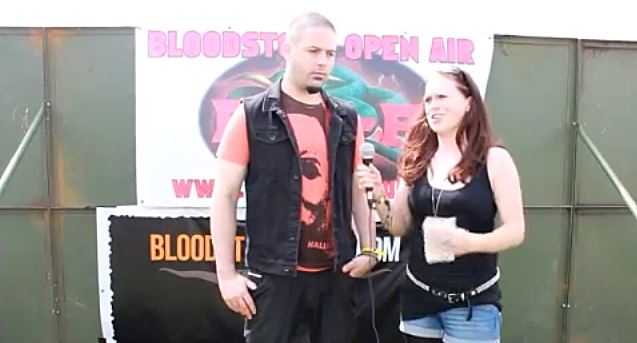 On August 11, Redd of Bloodstock Radio conducted an interview with drummer John Boecklin of California metallers DEVILDRIVER at the Bloodstock Open Air festival at Catton Park, Derbyshire, United Kingdom. You can now listen to the chat in the YouTube clip below.

DEVILDRIVER's sixth album, "Winter Kills", will be released on August 27 via Napalm Records. The instrumental parts for the CD were recorded at Audiohammer Studios in Sanford, Florida while the vocals were laid down at singer Dez Fafara's home studio, with Mark Lewis (THE BLACK DAHLIA MURDER, WHITECHAPEL, ALL THAT REMAINS) handling production duties. The album's cover artwork features a photograph by Dean Karr. The layout was done by Ryan Clark of Invisible Creature.