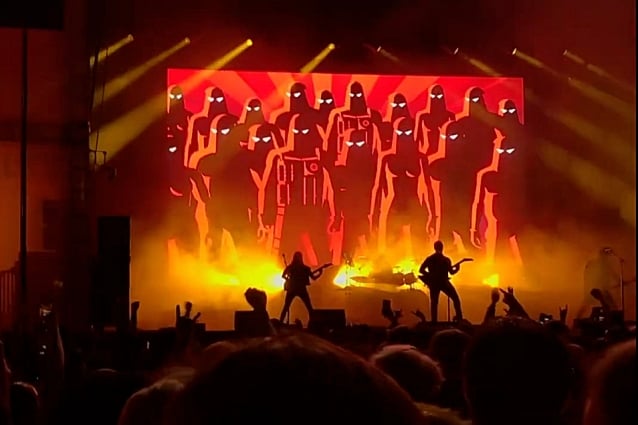 DETHKLOK, the stars of the Adult Swim series "Metalocalypse", performed this past Friday (November 15) as part of the Adult Swim Festival at the Banc of California Stadium in Los Angeles. The show marked DETHKLOK's first live appearance since taking part in the 2014 edition of Festival Supreme in L.A. 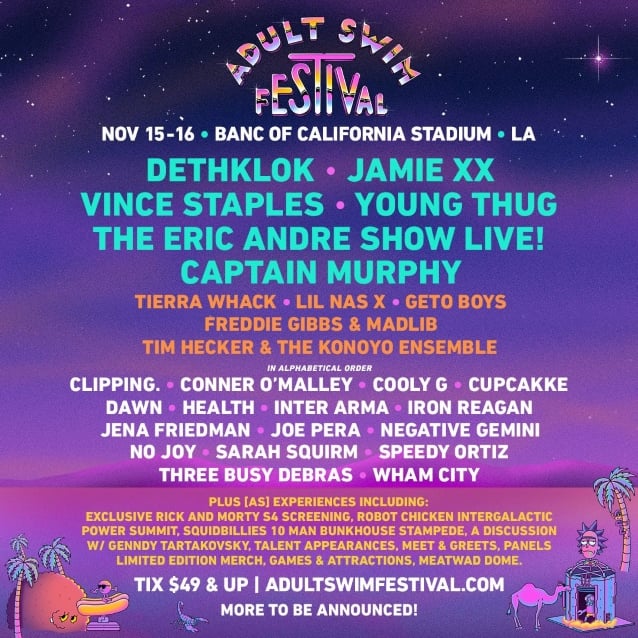