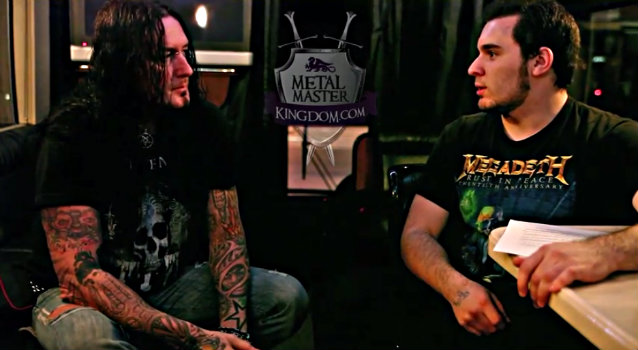 Alex Stojanovic of
MetalMasterKingdom.com conducted an interview with bassist/vocalist Schmier of German thrashers DESTRUCTION on April 12 at the Virgin Mobile Mod Club in Toronto, Ontario, Canada. You can now watch the chat below.