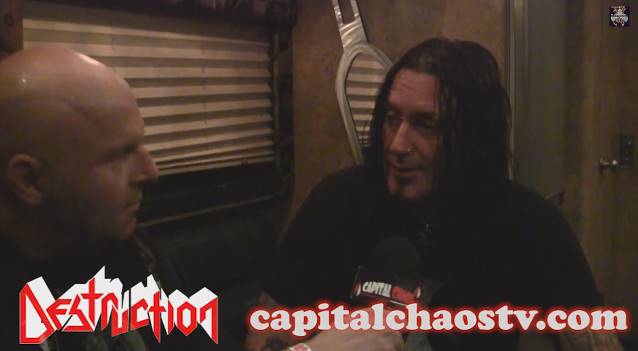 Capital Chaos TV conducted an interview with DESTRUCTION bassist/vocalist Schmier on April 1 at the DNA Lounge in San Francisco, California. You can now watch the chat below.