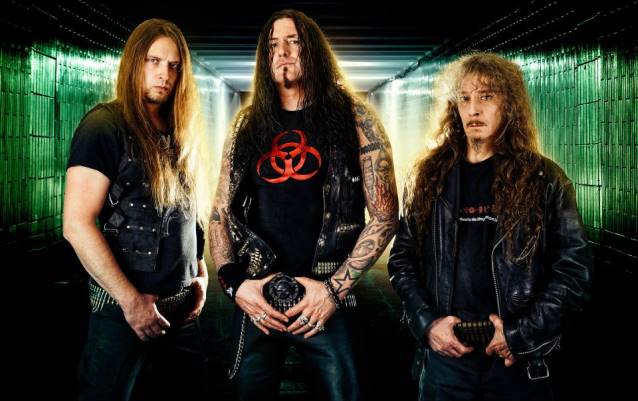 German thrash metal veterans DESTRUCTION paid tribute to iconic MOTÖRHEAD frontman Ian "Lemmy" Kilmister by playing the MOTÖRHEAD classic "Ace Of Spades" during their January 9 concert at Club Citta in Kawasaki, Japan. Fan-filmed video footage of the performance can be seen below.

DESTRUCTION's 30th-anniversary album, "Spiritual Genocide", was released on November 23, 2012 via Nuclear Blast Records. The follow-up to 2011's "Day Of Reckoning" was recorded at Gernhart Studios in Troisdorf, Germany with engineer Martin Buchwalter and was mixed by Andy Classen. The album featured guest appearances by Thomas "Angelripper" Such (SODOM), Andreas "Gerre" Geremia (TANKARD) and Ol Drake (EVILE). In addition, the "Mad Butcher"/"Release From Agony" lineup of DESTRUCTION — featuring guitarist Harry Wilkens and drummer Oliver Kaiser — reunited for one song.

Lemmy's January 9 memorial service was broadcast live on YouTube and was watched by more than 280,000 MOTÖRHEAD fans around the world.

MOTÖRHEAD (and Lemmy) were legends in the eyes of metal and punk fans and performers, and he was especially beloved for his take-no-prisoners rock 'n' roll lifestyle. 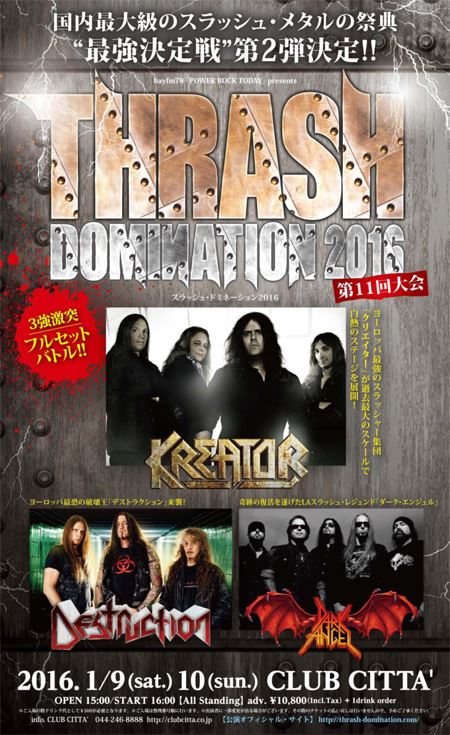