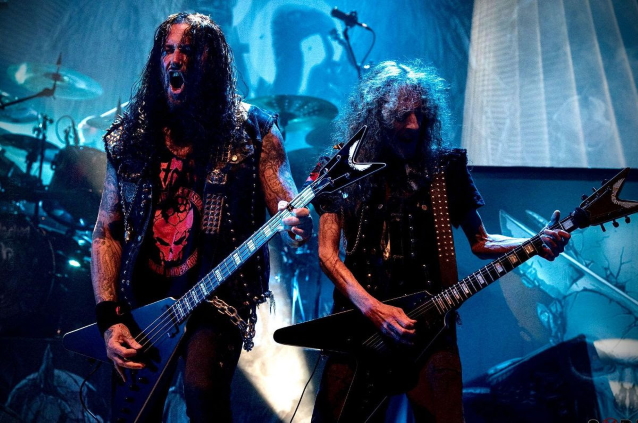 German thrash metal veterans DESTRUCTION will release a new Blu-ray and CD, "Live Attack", on August 13 via Napalm Records. It follows their latest record, "Born To Perish", recalling a nearly two-hour livestream attack the band unleashed in January this year.

Dive deep into DESTRUCTION's history with the first crushing single and energetic live video for "Mad Butcher", originally released in 1983 as one of the first songs the band ever wrote.

Bassist/vocalist Schmier states: "'Mad Butcher' is one of the first songs we ever wrote, such a classic! I still love to perform it live; it is in my DNA meanwhile, I guess! There are a lot of memories that come along with this track and the history of the band. We brought back the double-lead section from the EP version into the solo part; many fans have reacted at that during the live shows, which is really cool! But this DVD will also have some nice surprises, some songs we have not played live in decades."

When the music world was forced to shut down venues and cancel tours for an indefinite period of time, DESTRUCTION came through to deliver its outstanding power via livestream to its loyal fans at home. Witness DESTRUCTION ripping through its live set of 22 songs, including beloved classics like "Mad Butcher", "Thrash Till Death", "Born To Perish" and many more. Filmed and recorded at the legendary Z7 venue in Pratteln, Switzerland, DESTRUCTION spares no expense or effort to bring you a live show experience that will make you bang your head like you're in the front row at the show, getting your ear drums penetrated by rumbling double-bass grooves. The Blu-ray is filled with exclusive pre- and aftershow insights and behind the scenes footage from DESTRUCTION's live show — a must-have for fans of true thrash metal.

DESTRUCTION comments on its first release for Napalm Records: "This show at our fave club, the Z7 in Switzerland, was a really special one in the middle of this dreadful pandemic! When we recorded it as a livestream on the 1st of January, it gave us hope back and connected us with the fans worldwide! Many supporters demanded to release it in physical form, so we had to make it happen. The setlist reflects four decades of DESTRUCTION with an almost two hour best-of setlist, which includes some really rare live tracks! It was for sure a night to remember… we hope you all enjoy it as much as we did!" 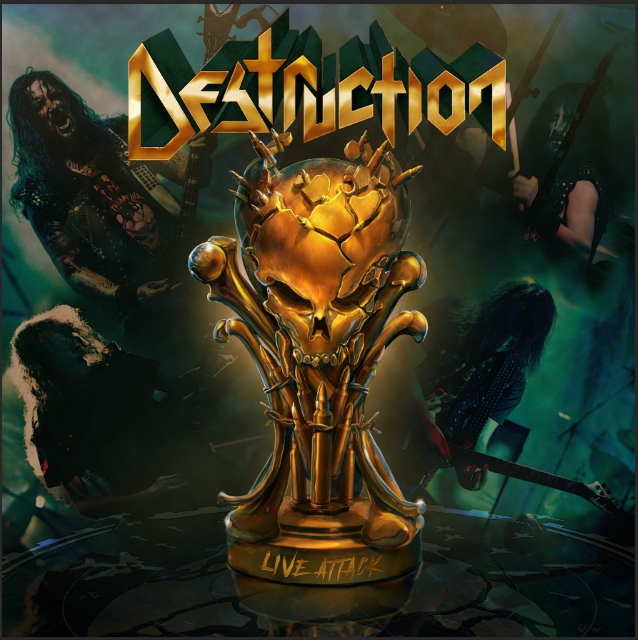