Guitarist Rune "Blasphemer" Eriksen played his final Norwegian concert with the legendary black metal band MAYHEM this past Wednesday (August 6) at the Øyafestivalen in Oslo.

A Norwegian-language interview with Eriksen conducted by Lydverket NRK prior to the Øyafestivalen performance can be viewed below. Also available is a chat with Thurston Moore, singer and songwriter of SONIC YOUTH, in which he discusses his appreciation for MAYHEM's music and his connection to the black metal genre.

Eriksen announced his departure from MAYHEM in April, explaining, "The main reason behind this conclusion lies in the fact that I simply don't see any future for me in the band anymore, at least not a future I'd like to participate in over the coming years. I've been playing my part in the band now for more than 13 years already, having composed, produced and released several albums with great vision, dedication and craftsmanship, to arrive at this crossroad of opposites. Sooner or later, all things comes to an end, and in my case, this circle is complete.

"For some of you this might not come as the biggest surprise, as I've clearly stated in several interviews that I was not sure what the next step would be. These 'hints' were partly rooted in the fact that our latest album fulfilled all of the expectations, visions and aspects of negativity that I felt I wanted to express with this band, and also, of similar importance, that I felt tired of both the touring aspects, amidst its turbulence and personal differences, and also my role in the band."

MAYHEM was honored in the "Metal" category at the 36th annual Spellemann awards (the Norwegian equivalent to the Grammy Awards) for their latest release, "Ordo Ad Chao". The largest and oldest Norwegian music awards show was held on February 2 at the Spektrum in Oslo, Norway and was broadcast live on the Norwegian channel TV2.

A photo of MAYHEM members Jan Axel Blomberg (a.k.a. Hellhammer; drums) and Jørn Stubberud (a.k.a. Necrobutcher; bass) with their Spellemann award can be viewed at Dagbladet.no.

Speaking to Dagbladet.no, Stubberud implied that MAYHEM might have released its last album ever with "Ordo Ad Chao". "For us to make a record is such a great undertaking that I have to admit I can't entertain the idea of starting a new one," he said. "We'll see in a couple of years, but I can't guarantee anything whatsoever."

"Ordo Ad Chao" entered the Norwegian album chart at position No. 12, the band's highest position ever.

MAYHEM had only once before been on the Norwegian charts, when the band's last album, "Chimaira", reached No. 28 in 2004. 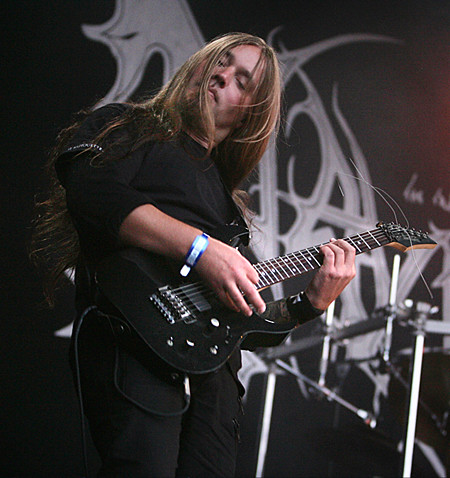