"Three Degrees Of Evil", the new video from DENIED, the Swedish metal band featuring vocalist Johan Fahlberg (JADED HEART) and bassist Fredrik Isaksson (formerly of THERION and GRAVE), can be seen below. The clip was produced by Atomic Movie Labs and directed by Fylo.

"Three Degrees Of Evil" was recorded with producer Fredrik Folkare (UNLEASHED) and was mastered at Dugout Productions. The artwork was created by Alexander Lifbom.

DENIED's third album, "Let Them Burn", was released in January 2012 via Sliptrick Records. The CD was recorded with producer Fredrik Folkare (UNLEASHED) and was mastered at Dugout Productions. The artwork was created by Alexander Lifbom. 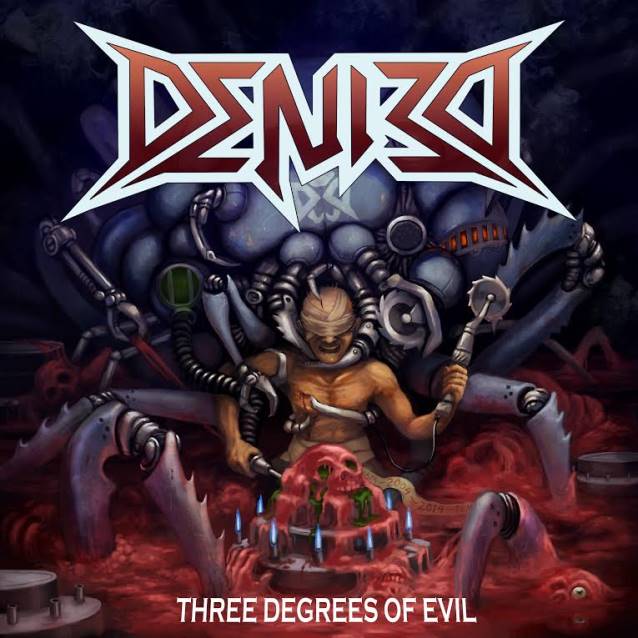