The newly reunited RATT — featuring singer Stephen Pearcy, bassist Juan Croucier and guitarist Warren DeMartini — has begun "writing and recording song roughs" for a new studio album, according to a post on Pearcy's Facebook page. In addition, the band — which also includes former QUIET RIOT guitarist Carlos Cavazo, who played on RATT's last studio album, 2010's "Infestation" — will embark on the "Back For More" tour in 2017, with the first confirmed date being the previously announced appearance at next year's edition of the M3 Rock Festival, set to take place on Friday, April 28, 2017 and Saturday, April 29, 2017 at Merriweather Post Pavilion in Columbia, Maryland.

At the end of last month, DeMartini, Pearcy and Croucier issued a press release claiming that they had taken control of the band's name after a judge ruled against drummer Bobby Blotzer with respect to whether Croucier had committed trademark infringement by using the RATT name and logo to advertise his band RATT'S JUAN CROUCIER back in the fall 2015. The judge furthermore decided that the corporation WBS, Inc., of which Blotzer and DeMartini were thought to be the sole shareholders, and which Blotzer had claimed owns the RATT name and brand, did not have ownership interest in the RATT marks and that the name and brand was still owned by the members who were part of the original RATT partnership agreement: Pearcy, Croucier, DeMartini and Blotzer.

Earlier this month, Blotzer — who has been touring the U.S. for the last year with his own version of RATT, featuring a rotating cast of musicians, including vocalist Josh Alan (ex-SIN CITY SINNERS) — and his attorney Drew Sherman addressed the latest legal developments in the RATT camp during an interview with the "One On One With Mitch Lafon" podcast.

Sherman also addressed the fact that Pearcy, Croucier and DeMartini announced that they will perform — as RATT — at next year's edition of the M3 Rock Festival. He said: "They do not have permission to play the M3 [as RATT], they do not have permission to advertise is as such. And I'll just say this: right now, to throw that out there, to make these announcements, these press releases, without having a [court] judgment, I would say is very ill-advised. And I'll leave it that for now." 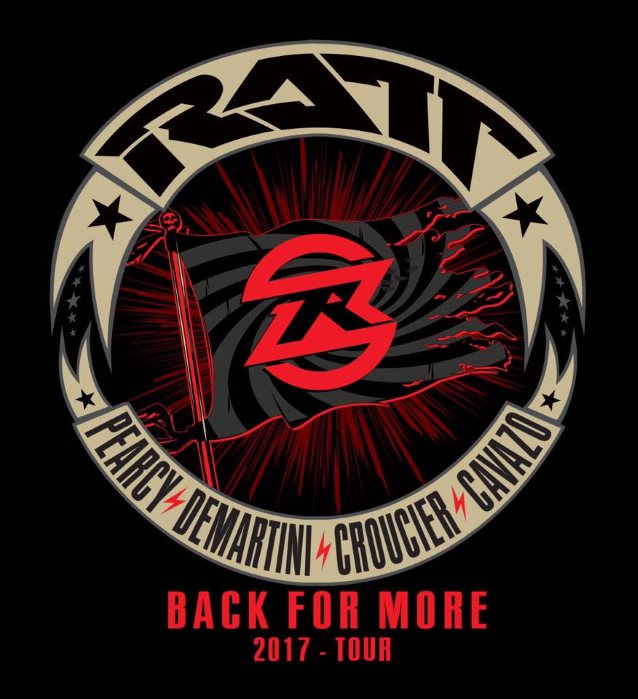