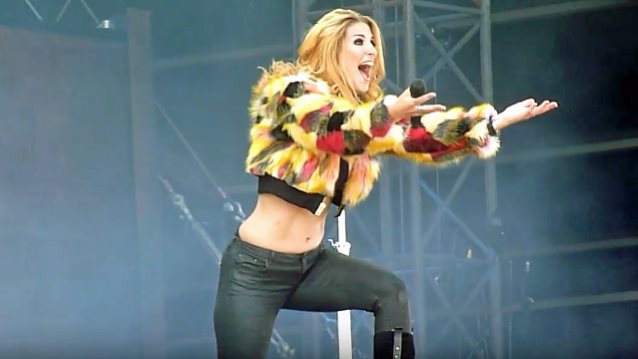 Dutch symphonic metallers DELAIN have spent the last year celebrating their tenth anniversary — from the release of their fifth full-length album, "Moonbathers", and an anniversary edition of their debut disc, "Lucidity", to extensive headline tours across Europe and North America to gracing some of the world's biggest festival stages — and are about to cap it off with the release of their first-ever live DVD/Blu-ray package.

Due on October 27, "A Decade Of Delain: Live At Paradiso" was filmed at a sold-out gig at Amsterdam's legendary Paradiso on December 10, 2016. DELAIN was joined on stage throughout the evening by Alissa White-Gluz (ARCH ENEMY), Liv Kristine, Burton C. Bell (FEAR FACTORY), and many other special guests and collaborators.

The setlist for the evening showcased songs spanning DELAIN's entire decade-long existence, including everything from the sing-along singles to cuts from the band's vault that are rarely played live. On top of the full live concert, the package includes an exclusive documentary about the band, titled "We Are The Others - A Decade of Delain", a bonus live performance of "We Are the Others" from Masters Of Rock 2015, and the "Suckerpunch" music video.

01. Intro (The Monarch)
02. Hands Of Gold (featuring Alissa White-Gluz)
03. Suckerpunch
04. The Glory And The Scum
05. Get The Devil Out Of Me
06. Army Of Dolls
07. The Hurricane
08. April Rain
09. Where Is The Blood (featuring Burton C. Bell)
10. Here Come The Vultures
11. Fire With Fire
12. The Tragedy Of The Commons (featuring Alissa White-Gluz)
13. Danse Macabre
14. Sleepwalkers Dream (featuring Rob van der Loo, Sander Zoer, and Guus Eikens)
15. Your Body Is A Battleground (featuring Marco Hietala)
16. Stay Forever
17. See Me In Shadow (featuring Liv Kristine and Elianne Anemaat)
18. The Gathering
19. Pristine (featuring George Oosthoek)
20. Mother Machine
21. Sing To Me (featuring Marco Hietala)
22. Don't Let Go
23. We Are The Others

"A Decade Of Delain" is available for pre-order in a 2-CD/DVD/Blu-ray combination package or on silver vinyl via PledgeMusic.

In late October, DELAIN will embark on the "Danse Macabre" tour, featuring special guest and frequent collaborator Marco Hietala from NIGHTWISH on all dates. SERENITY and CELLAR DARLING will provide support.

DELAIN will follow the "Danse Macabre" tour with a string of dates in South America in late 2017 and a full North American tour with KAMELOT and BATTLE BEAST in the spring of 2018. 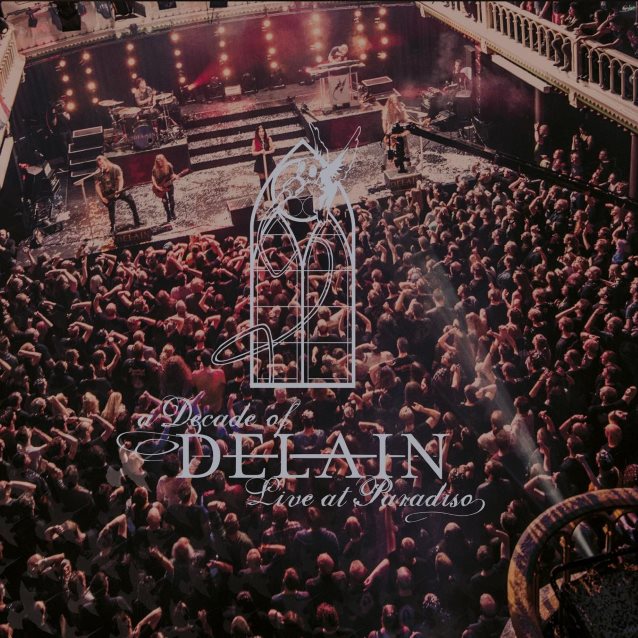