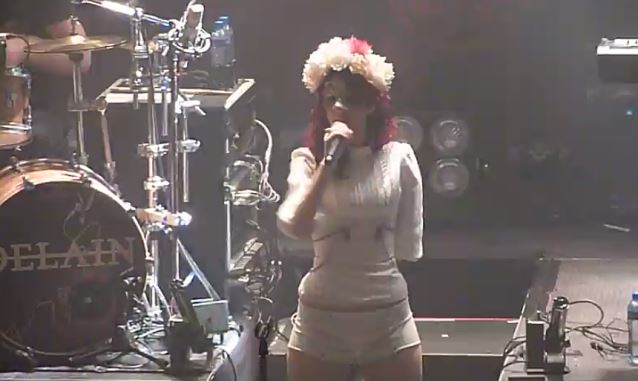 Dutch female-fronted symphonic metallers DELAIN performed a brand new song, "My Masquerade", at their special show, also dubbed "My Masquerade", on Friday, November 8 at Patronaat in Haarlem, The Netherlands. The evening featured never-before performed songs, special versions of other tracks, special effects, special guests and a lot of surprises. Fan-filmed video footage of the concert can be seen below.

DELAIN earlier in the year released a special album, "Interlude", via Napalm Records. The effort was described in in a press release as "a fantastic blend of brand-new songs, special versions and mixes of popular DELAIN tracks, covers, and the beautiful single 'Are You Done With Me'. Thanks to the new mix, the well-known anthem shines with a new-found splendor. The album includes a special DVD featuring exclusive live footage and clips from the band's career. 'Interlude' is not only a must for loyal DELAIN fans, but also for those who have not experienced the music by DELAIN so far. It is the perfect introduction to the world of DELAIN and the starting point to an emotional and bombastic journey!" 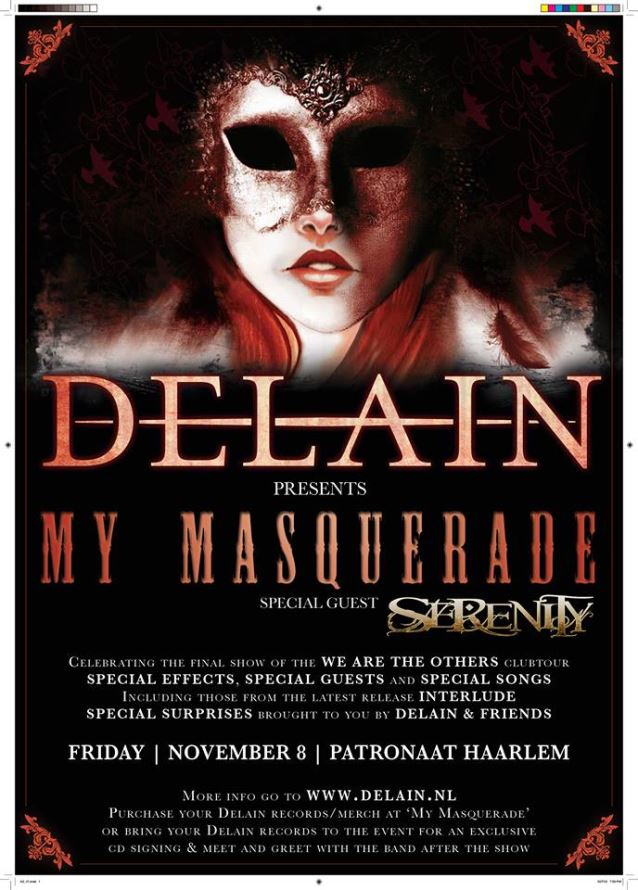