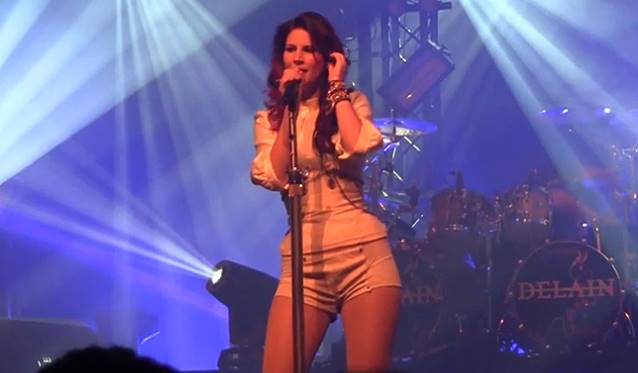 Fan-filmed video footage of DELAIN's entire October 19 performance at this year's edition of the Metal Female Voices Fest at Oktoberhallen in Wieze, Belgium can be seen below.